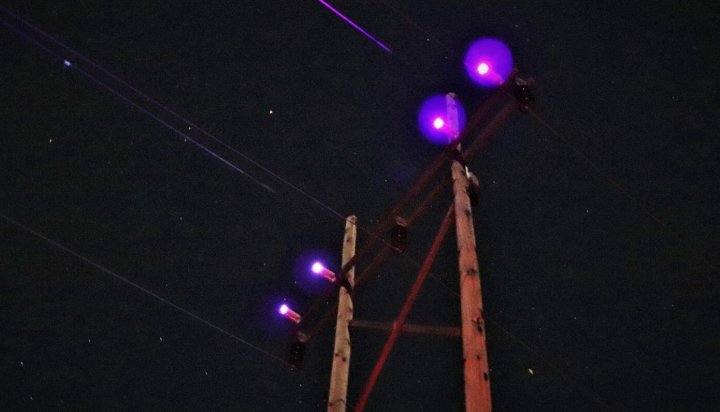 Ultraviolet lights being installed on power lines can greatly reduce the number of birds being killed as a result of in-air collisions.

That’s the verdict from researchers at EDM International, who have developed a technology they have named the Avian Collision Avoidance System.

The system, which is powered by solar panels and battery storage infrastructure, shines ultraviolet wavelengths onto the cables, illuminating them for birds while remaining invisible to humans.

The researchers tested the technology at a major migratory stopover site for thousands of sandhill cranes – hundreds of the birds usually die each year at the site.

Turning on the lighting system reduced collisions by 98% and enabled crane flocks to avoid the power lines more easily while in flight – the developers of the technology also documented 82% fewer dangerous flight paths while the lights were activated.

The authors suggest in their paper that ultraviolet lighting could also help to help stop birds colliding with other energy infrastructure, such as wind turbines.