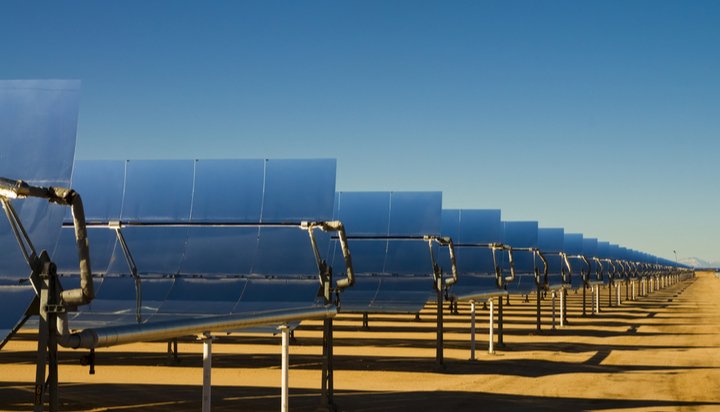 The technology giant will help automate energy generation, storage and transmission processes at the 50MW CSP built in Delingha with China General Nuclear Power Group, as well as at a 100MW Urat solar energy project being built in the Chinese province of Inner Mongolia.

The latter plant is the first of its kind in the region and will span a total area of 500 hectares, making it one of the largest capacity CSP projects in China’s initiative to build 20 pilot plants across the nation – this facility is forecast to save around 90,000 tonnes of coal being burned every year and slash carbon emissions as a result.

The automated control system incorporates a power island, heat storage and transfer technologies, auxiliary controls and coordination of solar panels – it ultimately aims to bring all production processes into a single user-friendly system.

This includes the automated transportation of heat to molten salt tanks for storage and the management of how power is fed into the grid.

Kevin Kosisko, Managing Director ABB’s Energy Industries, said: “We are delighted to have been awarded a second project to deliver our digital solutions as part of the 20 pilot CSP solar program, aimed at boosting China’s efforts to meet the 2030 target of producing 20% of its overall electricity from renewable sources.”