Meat and dairy production and consumption are driving an increase in greenhouse gas emissions, land degradation and deforestation 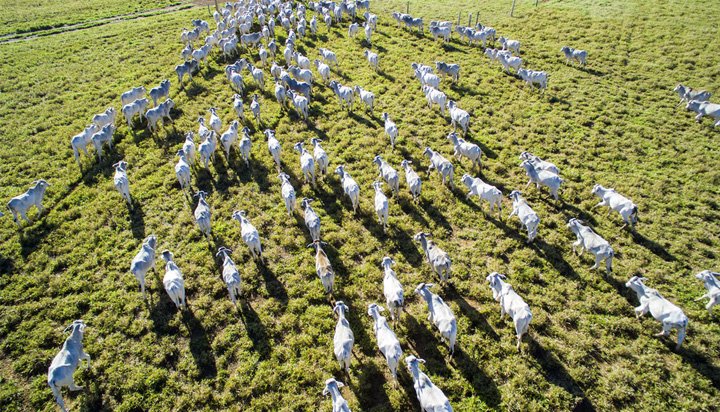 Reducing meat consumption and making dietary choices that are plant based will present major opportunities to tackle global climate change.

That’s one of the key conclusions of a new landmark report from the UN’s Intergovernmental Panel on Climate Change (IPCC), which warns high consumption of meat and dairy products is contributing to global warming.

It says meat and dairy production and consumption are driving an increase in greenhouse gas emissions, land degradation and deforestation and is therefore calling for an urgent need for a change in human diets, particularly in high-income societies.

Since 1961, the consumption of meat has more than doubled, while emissions of methane – a potent greenhouse gas more deadly than carbon dioxide – and manure have increased by 1.7% during the same period.

The report, compiled by more than 100 experts from across the globe, estimates dietary changes could free several million square kilometres of land and potentially reduce global CO2 emissions by up to eight billion tonnes per year by 2050 – but doesn’t explicitly advocate to going meat-free.

Priyadarshi Shukla, Co-Chair of IPCC Working Group III said: “Some dietary choices require more land and water and cause more emissions of heat-trapping gases than others.

The scientists warn global efforts to curb emissions will fall significantly short without major changes in land use, agriculture and human diets as land is already under growing human pressure and climate change is adding to these pressures.

It adds plans by some governments to grow trees and burn them to generate electricity will compete with food production, unless they are done on a limited scale.

“Agriculture, forestry and other types of land use account for 23% of human greenhouse gas emissions. At the same time natural land processes absorb carbon dioxide equivalent to almost a third of carbon dioxide emissions from fossil fuels and industry.”

When land is degraded, it becomes less productive, restricting what can be grown and reducing the soil’s ability to absorb carbon, exacerbating climate change.

The report sets out options to tackle land degradation and prevent or adapt to further climate change as it is affecting all four pillars of food security: availability, access, utilisation and stability.

It found around one third of food produced globally is lost or wasted – reducing this would cut greenhouse gas emissions as well as improve food security as more than 820 million people did not have enough to eat in 2018.

Ms Shukla adds: “Food security will be increasingly affected by future climate change through yield declines – especially in the tropics – increased prices, reduced nutrient quality and supply chain disruptions. We will see different effects in different countries but there will be more drastic impacts on low income countries in Africa, Asia, Latin America and the Caribbean.”

The report notes while better land management can contribute to tackling climate change, it is not the only solution. It suggests reducing greenhouse gas emissions from all sectors is essential if global warming is to be kept to well below 2ºC, if not 1.5ºC.