Once developed, 1.8GW of capacity would be available from October 2023 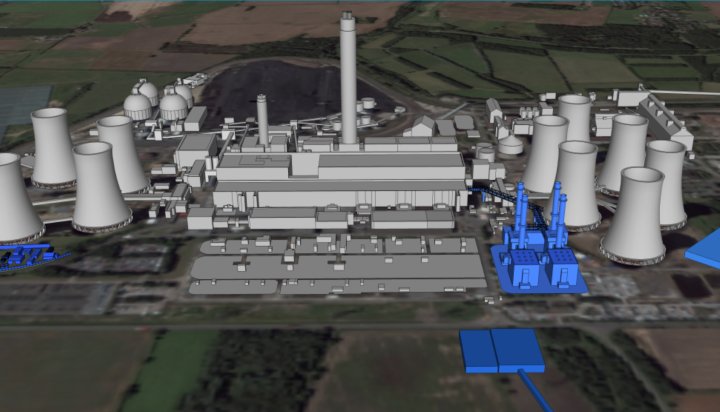 The UK Government has given the go-ahead for Drax to convert up to two of its coal-fired units in North Yorkshire to gas generation.

Drax says the project could enable it to deliver “more reliable and flexible, high efficiency” electricity generation at the power station, contributing towards the nation’s transition to net zero emissions by 2050.

If developed, 1.8GW of capacity would be available from October 2023, displacing less efficient and higher carbon emitting power stations.

Up to 800 jobs are expected to be created during construction.

Drax says it must secure a Capacity Market agreement to underpin the investment needed to develop the first combined cycle generating unit.

Environmental lawyers at ClientEarth had lodged an objection over Drax’s plans for the gas-fired power plant during the approval process, following which the Planning Inspectorate had recommended the project should be refused due to its contribution to greenhouse gas emissions.

However, the government said the gas-fired units would emit less carbon than coal and some fossil fuel capacity would be needed to provide backup for intermittent renewables.

The environmental lawyers are now considering their options following the approval

ClientEarth Lawyer Sam Hunter Jones said: “We’re disappointed the Secretary of State has overruled the Planning Inspectorate’s decision to recommend – quite rightly – that the UK does not need this large-scale gas plant when it has publicly committed to rapid decarbonisation.

“The UK has already greenlit more gas capacity than the government’s own forecasts estimate will be required through to 2035. Approving Drax’s plant takes this to three times the government’s estimates – risking either a carbon budget blowout, a huge stranded asset requiring propping up by the taxpayer or a combination of the two.”