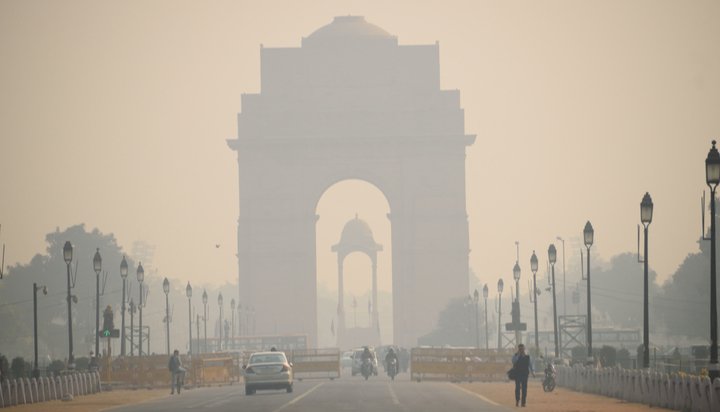 The Central Pollution Control Board said parts of the Indian capital saw the air quality index, which measures the concentration of poisonous particulate matter, reach 500 on Monday morning – a level of anything more than 401 is classified as ‘severe’ and carries dangerous risks to health.

It suggested much of the pollution spike was caused by smoke from firework celebrations, despite less fireworks being used across the city than in previous years.

Last year the city’s air quality was rated at 302 on the air quality index, which is categorised as ‘very poor’.