ABB, Equinor, Chevron and Total tested the ‘pioneering and ground-breaking’ technology for 3,000 hours in shallow water at a sheltered harbour in Finland 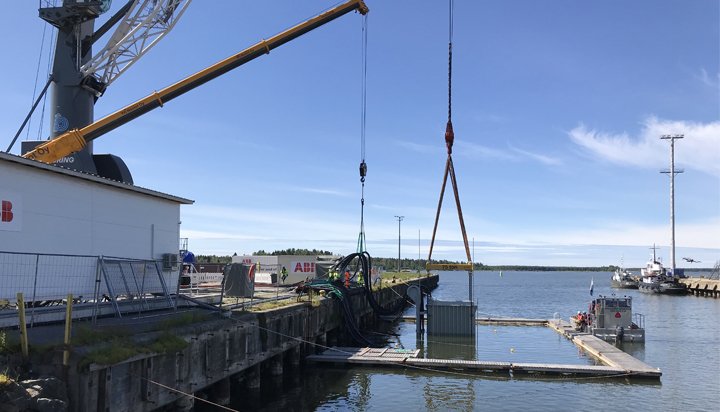 A new subsea power distribution and conversion technology system for “cleaner, safer and more sustainable” offshore oil and gas production claimed to be the first of its kind in the world has been proved.

The $100 million (£77.6m) joint industry project between ABB, Equinor, Chevron and Total tested the “pioneering and ground-breaking” technology for 3,000 hours in shallow water at a sheltered harbour in Vaasa, Finland.

They claim energy companies will be able to access a reliable supply of up to 100MW of power for the first time, over distances of up to 600 kilometres and water depth of 3,000 metres, “at pressures that could shatter a brick”.

This is achievable with a single cable, with little or no maintenance for up to 30 years, making oil and gas production feasible in far out and deep ocean environments.

The new technology is expected to offer capital expenditure (Capex) savings of more than $500 million (£388m) if eight consumers, such as pumps or compressors, are linked through a single cable over 200km from other infrastructure.

In addition, by powering pumps and compressors on the seabed, closer to the reservoir, it can also significantly reduce power consumption.

Dr. Peter Terwiesch, President of ABB’s Industrial Automation business said: “This milestone marks an outstanding achievement and is the culmination point of an inspirational technology development achieved through tremendous dedication, expertise and perseverance. It is the result of intensive collaboration by over 200 scientists and engineers from ABB, Equinor, Total and Chevron in a multi-year, joint effort.

“Moving the entire oil and gas production facility to the seabed is no longer a dream. Remotely operated, increasingly autonomous, subsea facilities powered by lower carbon energy are more likely to become a reality as we transition towards a new energy future.”