Greta Thunberg: ‘I will not be silenced’ 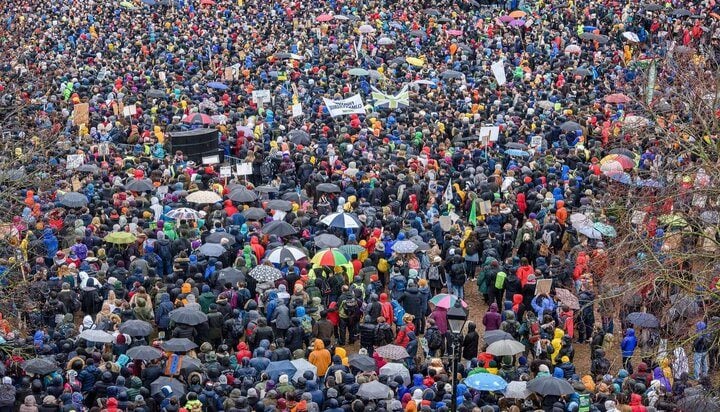 Greta Thunberg has inspired more than 30,000 people to march throughout Bristol today.

The 17-year-old activist chose the city as the base to spread her message in the UK because “the environmental movement is very strong here”.

She joined the Bristol Youth Strike 4 Climate protest on a march through the city centre, having given a short speech on College Green.

More people are arriving on College Green now, so please remember to be safe.

If you are feeling unwell or need assistance, make your way to the side of the crowd and find a steward. #BristolYS4C pic.twitter.com/7RVRBLnMXI

In her speech, Greta Thunberg praised climate activists for the role they played in the Bristol Airport expansion plans being rejected and she called on people to act, saying politicians and those in power have betrayed the world’s youth: “Nothing is being done to halt this crisis despite all the beautiful words and promises for the elected officials.

“So what did we do during this crucial time? What we will do right now? Well I will not stand aside and watch, I will not be silenced while the world is on fire – will you?”

She added: “This is an emergency. People are already suffering and dying from the consequences of the climate and environmental emergency but it will get worse.”

“I will not stand aside. I will not be silent while the world is on fire”. Greta Thunberg. #BristolYS4C pic.twitter.com/lpAYm7Cwfw