The new facility can produce as much as 1,200m3 of hydrogen per hour which will be used to stabilise the electricity grid and boost the use of renewables 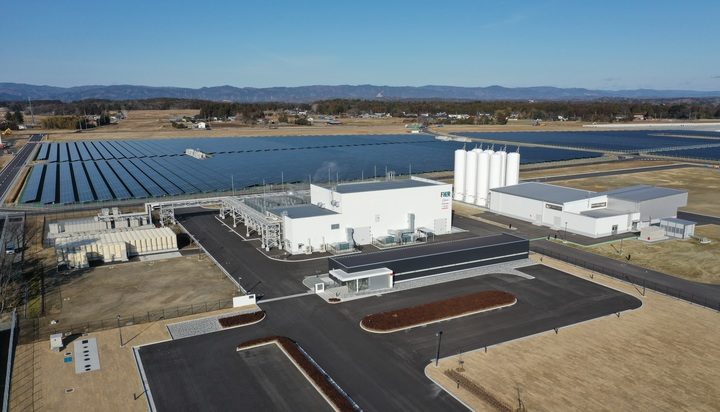 Toshiba Corp has launched the ‘world’s largest hydrogen plant’, Fukushima Hydrogen Energy Research Field (FH2R), which can produce, store and supply as much as 1,200 cubic metres of hydrogen per hour using renewable energy.

The new plant, which is powered by the local grid and 20MW of solar power generation facilities, will help stabilise the electricity grid and allow for increased use of renewables.

The hydrogen will be used to power stationary fuel cell systems and to power fuel cell cars and buses, among other applications.

It claims hydrogen produced at FH2R will mainly be transported in hydrogen tube trailers and hydrogen bundles, to be supplied to users in Fukushima Prefecture, the Tokyo Metropolitan Area and other regions.