Collectively, the sites could ‘create over 8000 new jobs and increase the UK’s clean heat output by almost 3TWh per year’ 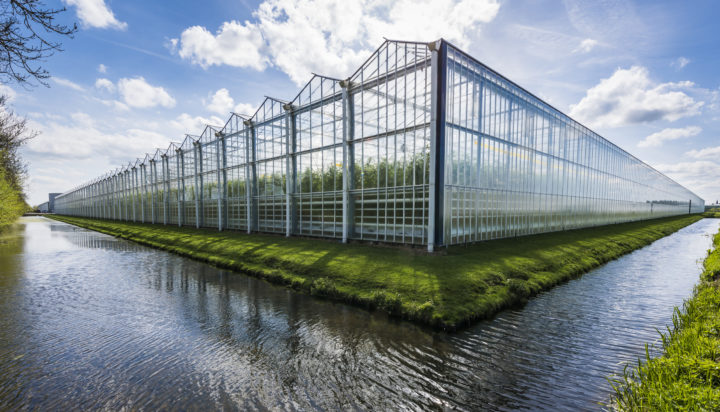 Vast wastewater-heated tomato greenhouses could make East Anglia a beacon of low carbon farming and ‘could change the face of British horticulture’.

That’s the claim from Low Carbon Farming, the company behind the two ‘world-first’ greenhouses under construction outside Norwich and Bury St Edmunds, as the firm unveiled plans for a nationwide roll-out which it says will create more than 8,000 new jobs and invest £2.67 billion into regional economies.

The sites, which will be built with an investment of £120 million, together have a size of 70 acres of indoor growing space, two-thirds as big as Vatican City.

The greenhouse’s hydroponic growing system is also estimated to use 10 times less water, increase British tomato production by 12% and reduce the carbon emissions associated with doing so by 75%.

“Policy decisions made the innovation behind our first projects possible – specifically, the entirely logical extension of the Tariff Guarantee until the end of the Renewable Heat Incentive in 2021.

“We now look to government for a clear and far-sighted decision to extend revenue support for renewable heating in British farming far beyond 2021.”