What now for Net Zero?

Carbon emissions are dropping fast – but for all the wrong reasons. 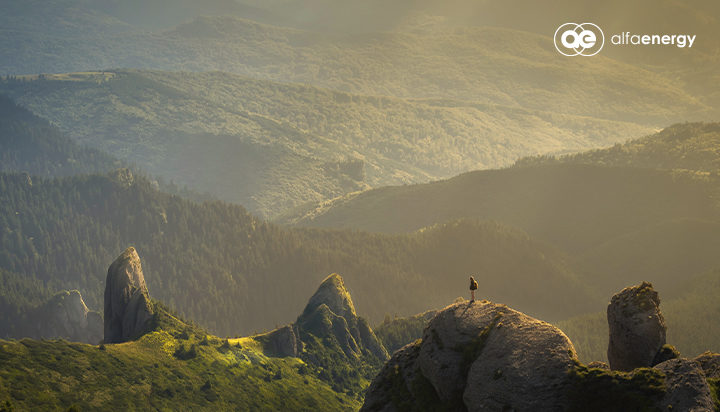 Carbon emissions are dropping fast – but for all the wrong reasons.

When the UK Parliament legislated for a ‘net zero’ carbon target last year, few could have imagined emissions would plummet by more than 4% during the first four months of 2020. This has not occurred because of some enlightened shift in climate policy, of course, but as a result of the coronavirus crisis, or more precisely the lockdown measures to contain it. Manufacturers have cut back on production, airlines are grounded, and motorists are staying at home. No wonder the demand for energy has collapsed here and across the world.

Staying alive – in every sense of the word

Right now business energy users are focussed on survival. There is little point in a business worrying about its theoretical carbon footprint in thirty years time if it may not survive even the coming months. Survival means containing costs and discretionary expenditure, however desirable or indeed necessary in the longer term, is the first casualty.

This situation is mirrored in the energy sector. It is not just oil producers whose business model has been hit for six by the 35% collapse in global demand and prices collapsing to below $20 a barrel. Gas, coal and electricity demand have fallen too. Low marginal cost renewable generators are potentially less badly affected, especially where investments are underpinned by consumer subsidies. But ultimately low demand and low prices will inflict pain, albeit unequally, right across the energy sector and make new investments of any variety harder to finance. Suppliers are feeling the pinch too as business and household consumers struggle to maintain payments and bad debt starts to mount.

Recovery after lockdown – how will emissions bounce back?

Economists are divided about what will happen after lockdown ends, or perhaps more realistically as it is gradually eased over a period of time. Some recovery in energy consumption is inevitable and may occur very rapidly in some parts of the economy. Elsewhere the recovery will be much slower and the effects of demand destruction will be evident for years to come.

It is hard to imagine growth in aviation, for example, resuming its previous trajectory, regardless of climate concerns. Increased levels of home working will also likely persist to some degree, reducing the demand for commuter travel. But how much if at all this is offset by reluctance to use public transport is impossible to know in advance.

Is Net Zero now harder or easier to achieve?

All this uncertainty adds to the risk of investing in low carbon infrastructure intended to meet future energy demand that may or may not materialise as previously expected. On the one hand permanent demand destruction decreases the level of investment required to decarbonise our energy supplies. On the other a weakened economy, probably burdened by unprecedented levels of debt, may be unable to sustain the level of investment required – possibly as much as £1 trillion, if earlier Treasury estimates are to be believed.

Exceptionally low fossil fuel prices also make the transition towards electric vehicles and away from gas heating relatively more expensive, at least in the short-term. The long-term arguments in favour of these shifts remain compelling. But persuading businesses and consumers to prematurely replace serviceable vehicles and boilers with equally or more expensive alternatives was always going to be a challenge, and the current situation simply makes that harder.

The aim of climate policy is to reduce global emissions, something that cannot be achieved through unilateral action. The UK and its competitors face similar economic and social pressures. Unless the UK and likeminded European neighbours pursue rational, cost effective climate policies that others can afford to adopt, our efforts will remain doomed to fail. The key is to find ways of making clean technologies cheaper, not simply to raise the cost of doing business as usual. As energy economists like Dieter Helm have argued, this means not only using economy wide carbon pricing to ensure emissions are reduced at least cost, but an increased emphasis on research and development of breakthrough technologies that can sustain themselves without the need for subsidy.

International negotiations remain important too. It was a matter of concern that the COP 25 meeting in Madrid last year did not get round to discussing global carbon markets, deciding instead to postpone discussions until the COP 26 meeting in Glasgow, originally scheduled for the end of this year. COP 26 has itself been postponed to 2021 as a result of the coronavirus crisis, but this may help the negotiations around carbon pricing. The chances of reaching agreement may be higher once the outcome of the US Presidential election is clear, and the worst of the crisis has passed.

There is an opportunity here when it comes to bailout funding to help businesses through the current crisis. There is already an active discussion about the extent to which bailouts should be conditional, e.g. dependent on commitments to reduce the carbon footprint of the business. This is as important for large industrial carbon emitters as it is for the energy industry itself. Businesses will need help if they are to make the necessary investments to thrive in a low carbon economy whilst remaining competitive internationally in the short to medium term. Such help is already available in the form of Contracts for Difference for low carbon power generation. Similar funding is needed to develop the use of hydrogen, innovative energy efficiency, storage and balancing technologies, and industrial carbon capture and storage. It is not illogical to consider linking some bailout funding to investment in these technologies.

There are always trade-offs when it comes to government policy. Net Zero may be the right way to go but the speed with which we get there, and the costs which we can afford to sustain, will inevitably be re-examined in the light of the current crisis – and rightly so. It is sensible for policy to adapt to a changing reality.

Those who care about reducing emissions should be equally concerned to ensure that measures taken to pursue Net Zero are socially and economically sustainable. The last thing climate policy needs right now is a backlash from consumers, mystified at why they should be faced with the burden of escalating UK energy prices at a time when energy costs are plummeting internationally.

The crisis has revealed some of the risks associated with outsourcing production and dependence on global supply chains. It would be unwise as well as environmentally hypocritical for the UK to continue the trend of outsourcing whilst ignoring the associated carbon emissions. There are various ways this ‘carbon leakage’ can be addressed including procurement standards, border tax adjustments, etc, and ensuring climate costs do not fall disproportionately on businesses exposed to international competition.

There is no fundamental reason why the UK’s long-term commitment to Net Zero should be weakened as a result of the coronavirus crisis. But in the short-term the government must take care to avoid increasing the burdens on energy users if the danger of a political backlash is to be avoided.

Listen to Alfa Energy’s Podcast and the latest episode, What now for Net-Zero? In this episode we look at some of the issues in the article in more detail, discussing: