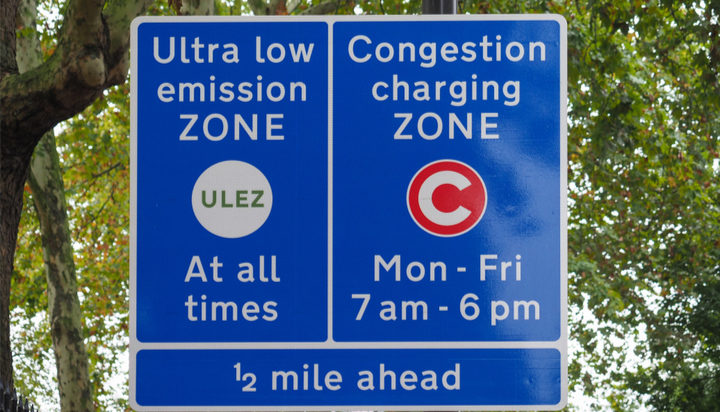 Capita has won contracts worth £335 million to continue to manage Transport for London’s (TfL) pollution and congestion zones in the capital.

It secured an extension to its contracts to work on the existing schemes – London’s Congestion Charge, Low Emission Zone (LEZ) and Ultra Low Emission Zone (ULEZ) – from October 2021 to October 2026 as well as new work associated with the expansion of ULEZ, Direct Vision Standards (DVS), LEZ and their operations.

Capita will manage the expanded ULEZ, scheduled to be operational from October 2021, which will increase from the Central London ULEZ to the entire area within the capital’s North Circular and South Circular roads.

It will also run the registration and monitoring service for the new DVS scheme for heavy goods vehicles (HGVs) and implement further London-wide changes to the LEZ standards for HGVs and buses.

Capita expects to recruit and train an additional 900 new staff to deliver the expanded service, with the majority of them able to work remotely from home.

Jon Lewis, Capita’s Chief Executive Officer said: “These new contracts will see us build on our existing partnership, which has already seen us launch ULEZ on time and on budget and will draw on our track record of transformation and digitally enabled services, as well as adding value for our shareholders.

“Working with Transport for London, we will roll out new, expanded programmes that reduce the effects of air pollution on Londoners and make the streets safer for all road users and pedestrians.”

ULEZ and the Congestion Charge are a key part of Mayor Sadiq Khan and TfL’s strategy to reduce air pollution and traffic across the city.

The world’s first ULEZ has already contributed to a 44% reduction in roadside NO2 emissions within its boundaries and 79% of vehicles entering the area meet its emission standards.

Helen Chapman, TfL’s Director of Licensing, Regulation and Charging added: “These projects are vital to cleaning up London’s toxic air, encouraging people to make more sustainable travel choices and keeping people safe on the capital’s roads. The expansion of the ULEZ to the North and South Circular will be transformational, reducing road transport NOx emissions by around 30% and improving air quality for millions of Londoners.

“We have extended Capita’s contracts to deliver these services over the next five years and will continue to work with them to deliver value for money and to maintain and improve customer services.”