With news headlines still dominated by the coronavirus crisis, energy users could be forgiven for thinking energy is off the government’s radar screen at the moment. 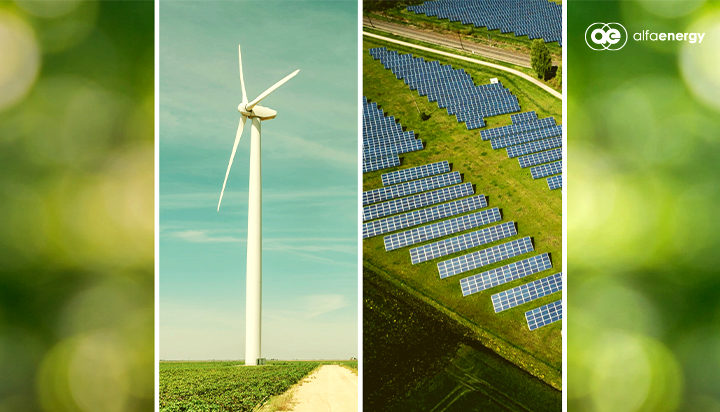 With news headlines still dominated by the coronavirus crisis, energy users could be forgiven for thinking energy is off the government’s radar screen at the moment. But in fact, quite a lot has been going on behind the scenes as ministers and civil servants start ramping up plans for radical decarbonisation of the entire UK energy system.

A Tale of Two Crises

Government attention has obviously been focussed primarily on the immediate economic crisis. The climate situation is sometimes described as a crisis too but is perhaps more akin to a chronic condition – something we will be dealing with one way or another for the rest of our lives. Minor delays to policy announcements are unfortunate, therefore, but not ultimately the major barrier to achieving the long-term aim of net zero emissions by the middle of the century.

Questions about how to decarbonise the energy sector would become somewhat academic if generators and suppliers were to start going bust. Massive investment is needed in new low-carbon power generation, smart grids, storage, and innovative technologies to supplement electricity in decarbonising heating and transport. A hobbled energy sector would be in no position to deliver this investment at the scale and pace required to meet the government’s ambition. So, quite rightly, measures have been taken to alleviate the immediate cash crunch faced by generators and suppliers as a result of policy measures, such as the support for renewables, the costs of which ultimately find their way onto consumers’ bills.

It has been a running joke in Westminster for some time, well before the current crisis, to speculate when the much-promised Energy White Paper would finally be published. In fact, the government published a raft of papers and consultations last year on a number of matters which give clues on what might eventually emerge, and more last month in relation to renewable heat.

Critics might say the important stuff has yet to be decided, but the sense of direction is clear. The initial focus on electricity decarbonisation has already seen record levels of wind and solar generation and coal use cut to levels not seen for more than a hundred years. Something similar will have to follow for heat – probably a combination of electrification with hydrogen for certain industrial and possibly other processes – the mix of which cannot easily be determined until trials are underway and the results properly understood, which will take time. Transport is likewise starting the journey towards electrification, but local distribution grids and charging infrastructure will require major investment for electric vehicles to reach their potential. The phase-out of new petrol and diesel engine vehicles by the mid-2020s has already been announced but will not be enough on its own.

One of the interesting things about the current political situation is the strength of the cross-party consensus on net zero – something legislated for in the previous Parliament. One might have expected resistance to have emerged from some Conservative MPs concerned about the possible impact on affordability of household energy and international competitiveness. Of course, this might change if the economic crisis proves deeper or more prolonger than expected. But right now, talk is more about ensuring economic stimulus and bail out funds are directed towards green infrastructure projects and related industries, very much in line with debates elsewhere about the EU Green Deal.

Business Secretary Alok Sharma has had relatively little to say about energy in recent months, largely because of his responsibilities in dealing with the economic crisis. He is not the most flamboyant of characters but clearly understands the importance of the energy sector and the need to address its environmental impact. Energy Minister Kawasi Karteng has been getting to grips with the detail, however, mostly away from the headlines, and will be key to ensuring the Energy White Paper and related policy measures are adequate to fill the policy gap.

Ministers will need to respond to a newly reinvigorated Opposition which will not hesitate to hold them to account. Labour Leader Keir Starmer has made some interesting appointments to his front bench team, retaining highly experienced Shadow Minister Alan Whitehead but also bringing back former Energy Secretary Ed Miliband. In addition, acting Lib Dem leader Ed Davey is also a former Energy Secretary, adding to the depth of expertise on the opposition benches. Ministers are, therefore, likely to have a rather tougher time at the dispatch box than was the case in the previous Parliament, although the new generation of MPs on both sides will also have an influence. Many of the new Conservative MPs are more relaxed about climate policy than their (older) predecessors and generally less sceptical about technologies like onshore wind, where it is sensitively deployed.

As so often in politics, energy policy is a balancing act. The government has no option but to prioritise action to deal with the immediate crisis, including keeping the energy sector and its industrial clients going until economic growth starts to resume. But the goal of net zero remains very much in their minds, and energy users can expect a range of new policies to be announced during or shortly after the summer, some of which are likely to increase the cost of energy generally, not just electricity as has largely been the case in the past. The long-term advantages of the low-carbon transformation are potentially considerable, but care will need to be taken in the meantime to keep costs under control. Businesses have to remain viable if they are to reap the eventual benefits.

Listen to the this episode of the Resonance podcast “Government, Energy, and Sustainability – What Happens Now?”, where you will learn: