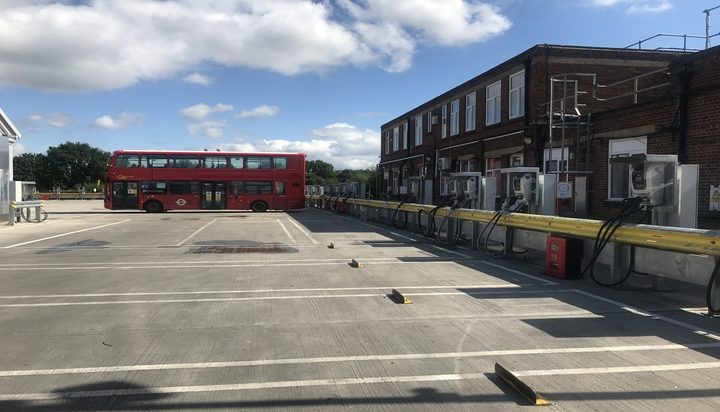 Could a double-decker bus provide support to the grid?

The trial of a new vehicle-to-grid (V2G) project at a Northumberland Park bus facility aims to prove that this could be possible by feeding the unused power from nearly 100 bus batteries back into the grid.

The initial trial will use the batteries of 28 double-decker buses, capable of providing 1MW of capacity.

The Bus2Grid project, which claims to be the ‘world’s largest V2G’ site, is funded by BEIS, the Office for Low Emission Vehicles and Innovate UK and will be delivered by a consortium led by SSE Enterprise including TfL, bus operator Go Ahead Group, electricity distribution network UK Power Networks and Leeds University.

Niall Riddell, Smart Systems Innovation Sector Director for SSE Enterprise, said: “Central to the challenge of decarbonising our transport and achieving climate change targets is how we can optimise the existing flexibility within the energy system.

“Developing a charging infrastructure that operates in two directions so that batteries can give back as well as take from the grid is an important part of this.”

Ian Cameron, Head of Innovation at UK Power Networks, said: “A fleet of bus batteries harnesses large amounts of electricity and they are habitual, with regular and predictable routes, driving patterns and timings.

“That means we can easily predict and plan for how we can use any spare electrical capacity they can offer.”

It is estimated if the entire London bus fleet of around 9,000 vehicles was converted to V2G technology, it could provide 150,000 homes with electricity.