The EU and UK generate 21% and 33% of their electricity respectively from wind and solar, a new analysis says 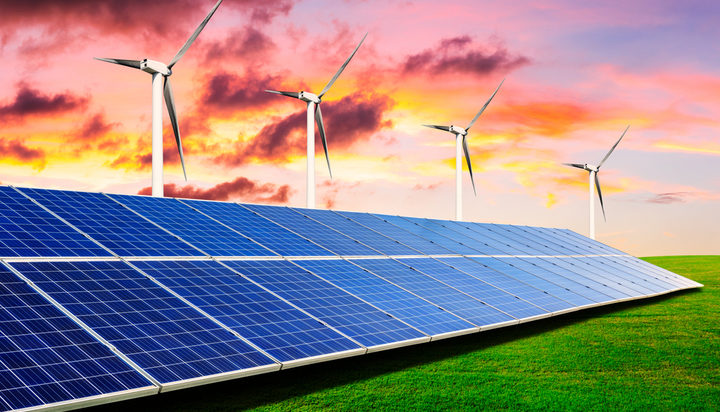 Wind and solar energy generated one-tenth of global electricity in the first half of 2020.

That’s one of the findings of the half-year analysis from the independent climate thinktank Ember, which shows wind and solar generation rose 14% in the first six months of the year, compared to the same period last year with 1,129TWh.

The report also says the EU and UK generated 21% and 33% of their electricity respectively from wind and solar.

On the other side of the energy spectrum, global coal generation fell 8.3% in the first half of 2020, compared to 2019 – analysts note this breaks a new record, following a year-on-year fall of 3% in 2019, which at the time was the biggest reduction since at least 1990.

According to the report, the fall is due to a 3% decrease in global electricity demand combined with decarbonisation policies.

Figures also show the US and the EU were racing to reduce coal, with falls of 31% and 32% respectively, while China’s coal fell 2%, meaning its share of global coal generation rose to 54% so far this year, up from 50% in 2019.

Dave Jones, Senior Electricity Analyst at Ember, said: “Countries across the world are now on the same path. Building wind turbines and solar panels to replace electricity from coal and gas-fired power plants.

“But to keep chance of limiting climate change to 1.5°C, coal generation needs to fall by 13% every year this decade. The fact that during a global pandemic, coal generation has still only fallen by 8% shows just how far off-track we still are.”