The government says the Principal Partners will support the delivery of a successful and ambitious COP and notes they represent ‘some of the leading lenders, investors and energy companies in the UK’ 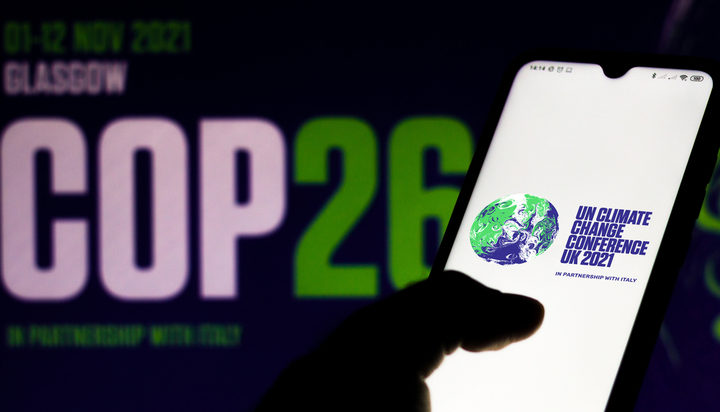 SSE, ScottishPower, Natwest Group and National Grid have been announced as the first sponsors of the COP26 climate summit.

With one year to go until the event takes place in Glasgow in November 2021, the government says the Principal Partners will support the delivery of a successful and ambitious COP and notes they represent “some of the leading lenders, investors and energy companies in the UK”.

Each of the organisations have already set net zero commitments and Science Based Targets – however, SSE has faced backlash from climate groups following the announcement, on the grounds that it is currently building a new gas power station (Keadby 2) in the UK.

Despite this, the government said: “These partnerships demonstrate the COP26 Presidency’s commitment to working with businesses who have credible science-based carbon emission reduction plans that are in line with the goals of the Paris Agreement.”

The three energy firms involved have today confirmed they are planning to build a multi-billion pound “underwater super-highway” to see the North Sea “become the hidden powerhouse of Europe”.

The Eastern Link’s subsea HVDC cables will boast a combined capacity of up to 4GW and significantly increase the UK’s ability to adopt renewable power into its mix at scale – enough electricity for around four million homes will be transmitted around 440 kilometres from the east of Scotland to Selby and Hawthorn Point in north England.

The companies note the project will support the UK supply chain and delivering hundreds of green jobs throughout construction and operation.

COP26 President Alok Sharma said: “I am delighted to announce our first sponsors for COP26, who have all shown ambitious climate leadership through setting net zero commitments and Science Based Targets.

When it comes to climate action, we all have an important role to play. Only by continuing to come together can we build the zero carbon, climate-resilient future that is essential for our people and our planet.

Keith Anderson, CEO of ScottishPower, said: “Tackling climate change and delivering the infrastructure that will support Net Zero is a huge opportunity for the UK. At ScottishPower, we have recognised the opportunity this challenge holds and seized it, leading us to make the major decision two years ago to remove all coal and gas generation from our portfolio to focus solely on renewables.

“For Glasgow, our operational headquarters, COP26 offers a fantastic opportunity to showcase what has already been achieved in the UK on the journey to Net Zero and to learn from others the steps needed to ensure we meet our climate change targets. We’re very proud to be able to play a part in it.

“The next five years are absolutely critical and we will be investing £10 billion in the clean energy generation and networks infrastructure needed to help the UK decarbonise.”