The space-based solar power systems would use very large solar satellites to collect renewable energy, convert it into radio waves and safely beam it back to ground-based receivers connected to the electric grid 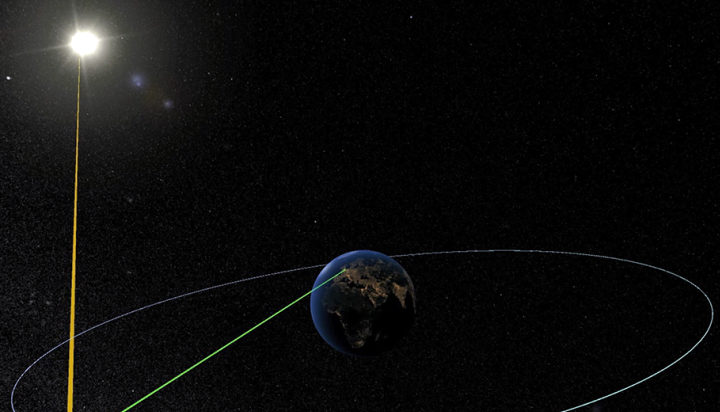 The UK has launched research into whether solar power in space could offer the potential for an unlimited and constant zero carbon source, backed by the government and the Space Agency.

The government is commissioning the project into space-based solar power (SBSP) systems that would use very large solar satellites to collect renewable energy, convert it into radio waves and safely beam it back to ground-based receivers connected to the electric grid.

The idea was first thought up by science-fiction writer Isaac Asimov in 1941 and is now being studied by several countries as the lightweight solar panels and wireless power transmission technology is advancing rapidly.

This, together with lower cost commercial space launch, may make the concept of solar power satellites more feasible and economically viable.

The UK will now explore whether this renewable technology could offer a resilient, safe and sustainable energy source.

One of the biggest issues to overcome is assembling the massive satellites in orbit, which has not been done before at this scale.

Science Minister Amanda Solloway said: “Solar space stations may sound like science fiction, but they could be a game-changing new source of energy for the UK and the rest of the world.

“This pioneering government-backed study will help shine a light on the possibilities for a space-based solar power system which, if successful, could play an important role in reducing our emissions and meeting the UK’s ambitious climate change targets.”

The cost of the rocket launches and the weight that would be required for a project of this scale made the idea of space-based solar power unfeasible historically. However, the emergence of privately-led space ventures has brought down the cost dramatically in the last decade.

Dr Graham Turnock, Chief Executive of the UK Space Agency added: “The Sun never sets in space so a space solar power system could supply renewable energy to anywhere on the planet, day or night, rain or shine. It is an idea that has existed for decades but has always felt decades away.

“The UK is growing its status as a global player in space and we have bold plans to launch small satellites in the coming years. Space solar could be another string to our bow and this study will help establish whether it is right for the UK.”