That is part of a £12bn ten-point plan announced by the Prime Minister to stimulate a ‘green industrial revolution’, which could create 250,000 jobs 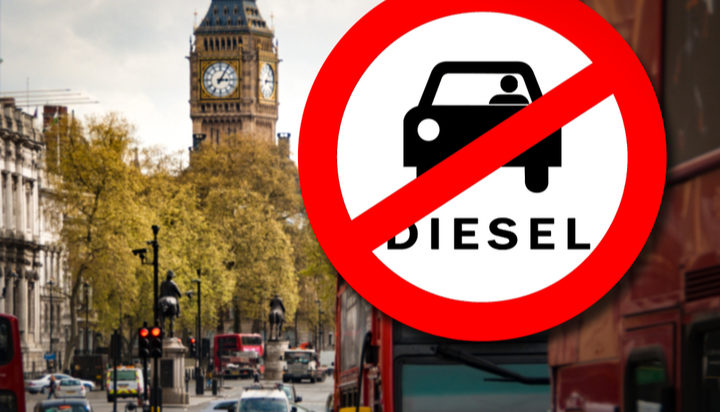 New cars and vans which are powered by petrol and diesel will be banned in the UK from 2030.

The ban, which was initially planned for 2040, forms part of the government’s new ten-point plan to tackle climate change which is set to be announced by the Prime Minister later today.

The £12 billion green plan aims to stimulate a ‘green industrial revolution’, reinstate the government’s commitment to net zero and is predicted to create as many as 250,000 jobs.

It includes a £1.3 billion investment to accelerate the rollout of electric vehicle (EV) charge points and the quadrupling of offshore wind production to 40GW by 2030.

Among the priorities of the new programme is also the creation of 5GW of low carbon hydrogen production capacity by 2030 and the development of the first town heated entirely by hydrogen by the end of the decade.

The plan will also aim to make buildings warmer and more energy efficient by setting a goal of 600,000 heat pumps installations every year by 2028.

It will also support carbon capture technology to remove ten metric tonnes of carbon dioxide by 2030, equivalent to all emissions of the industrial Humber today.

The plan also includes planting 30,000 hectares of trees every year and the development of the next generation of small and advanced nuclear reactors.

Prime Minister said: “My ten-point plan will create, support and protect hundreds of thousands of green jobs, whilst making strides towards net zero by 2050.

“Our green industrial revolution will be powered by the wind turbines of Scotland and the North East, propelled by the EVs made in the Midlands and advanced by the latest technologies developed in Wales, so we can look ahead to a more prosperous, greener future.”