Its partnership with Cyberhawk sees the use of drones to visualise power infrastructure from the rural Cotswolds to the urban areas of West London, without intrusion or inconvenience to customers 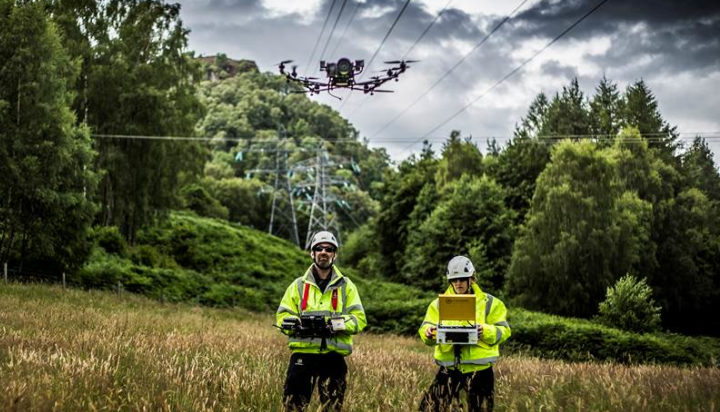 The £420,000 programme, in partnership with Cyberhawk, sees the use of drones and iHawk to inspect and visualise SSEN’s infrastructure from the rural Cotswolds to the urban areas of West London, without intrusion or inconvenience to customers.

Traditionally, engineers would be required to physically climb towers to assess the condition of critical infrastructure, however, the drone technology is deployed in a way that minimises disruption for customers, reduces the risk to individuals scaling the infrastructure and accelerates the inspection process.

Martin Bailey, SSEN’s Maintenance and Inspection Manager said: “SSEN’s towers, which support our overhead network, sit across all four regions of our central southern England distribution area and are positioned in various different land types and even air spaces.

“Prior to using the drones, we were required to climb the towers, bringing an element of risk to those involved and taking a great time to safely carry out the assessment. Most of our towers have walk in access so now only two people are required to operate the drone and this in turn results in minimal impact on the environment and far less inconvenience for land owners and nearby residents.”

SSEN is responsible for maintaining the electricity networks and helps keep the power flowing for its 3.1 million customers in the south of England.