The UN Secretary General said while he applauded EU’s climate achievements, the world is still ‘nowhere near the climate race’s finish line’ 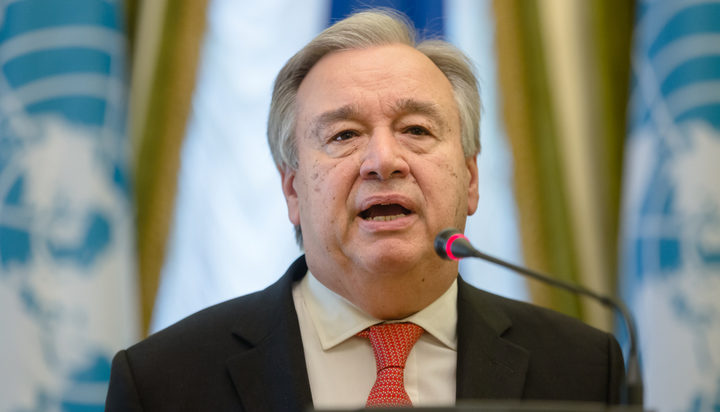 UN Secretary General Antonio Guterres has urged the EU to cut emissions by 55% by 2030.

In a recorded statement for the European Council on Foreign Relations, the UN Chief said that while he applauded the EU’s climate achievements, the world is still nowhere near where it needs to be in terms of decarbonisation.

Mr Guterres also urged the EU to phase out existing coal generation, to promote a shift in taxation away from income and onto carbon and to stop the financing of fossil fuels internationally.

The UN Secretary General said: “We are still running behind in the race against time. Every country, city, financial institution and company should adopt plans for transitioning to net zero emissions by 2050.

“We need to see these plans well in advance of COP26, in particular, the Nationally Determined Contributions required under the Paris Agreement and the long-term strategies we need to become carbon-neutral.”

The EU has been a #ClimateAction leader, showing that it's possible to cut emissions while achieving economic growth.

We applaud these achievements, but we are still nowhere near the finish line.

My remarks to the European Council on Foreign Relations: https://t.co/m39BKI7bbv pic.twitter.com/K4bWXcZHPt