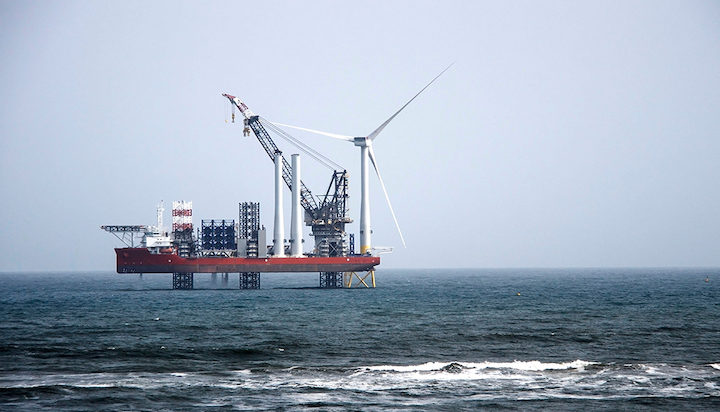 The company won a tender with international engineering firm Saipem to provide 54 davit cranes for the turbines that will be installed at the 450MW Neart na Gaoithe (NnG) offshore wind farm, which recently entered the first stage of construction.

The wind farm will produce enough electricity to power around 375,000 Scottish homes, helping offset more than 400,000 tonnes of carbon emissions every year.

It is the first renewable energy contract won by PCT, which is an exporter specialising in the production of lifting devices, including cranes, winches and hoists.

Saipem is the lead contractor for the installation of the foundations and deck platforms for the wind turbines and will ship the cranes to Indonesia to complete construction.

The terms of PCT’s contract with Saipem meant it was required to supply performance and advance payment bonds upfront – UKEF backed the deal and provided PCT’s bank with a guarantee for 80% of the bond, allowing the company to retain working capital for its business operations and fulfil its contract.

Iain Stewart, UK Government Minister for Scotland said: “PCT’s offshore wind contract is another example of how businesses can work with the UK Government’s world-leading credit agency, UK Export Finance, to strengthen their position in global markets and boost their exports worldwide. It also highlights the UK’s position as an international leader in renewable energy.

“Scottish businesses will be able to benefit from more global trade opportunities once the EU transition period ends through the new Trade Hub in Edinburgh.”