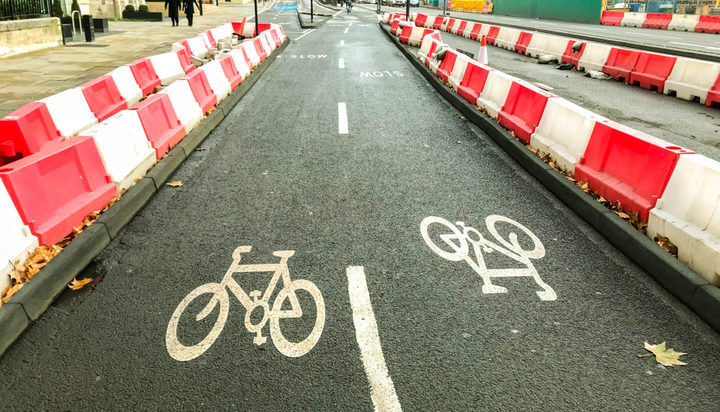 The Streetspace programme was introduced last year as part of the Mayor and TfL’s emergency response to the coronavirus pandemic. The scheme, among other measures, saw the construction of new cycle lanes and the extension of pavements in busy high streets.

Among the ‘radical changes’ to London streets was a ban on taxis using bus lanes.

The judgement looked at the Bishopsgate route and wider guidance to London boroughs.

Vulnerable were not considered

In her ruling, Justice Lang said that denying taxis access to London roads could have ‘severe consequences’ for passengers who cannot walk, cycle, or use public transport.

As a result, the needs of people with protected characteristics, including the elderly or disabled were not considered when the plans were put in place, the judge noted.

The case was brought by the taxi trade bodies United Trade Action Group (UTAG) and the Licensed Taxi Drivers’ Association (LTDA) which wrote on Twitter after the announcement of the decision: “High Court ruled Mayor and TfL acted unlawfully finding overwhelmingly in our favour.

Steve McNamara, General Secretary of the Licensed Taxi Drivers’ Association said: “It’s fantastic to see the Judge rightly recognising the key role licensed taxis play in our great city. This is an extremely important judgement for London’s hard-working taxi drivers and the passengers who rely on them.”

A Mayor of London spokesperson said: “We are very disappointed by the court’s ruling and are seeking to appeal this judgment. This route has long suffered from a poor safety record and slow bus speeds, and the scheme aimed to tackle these issues, reducing road danger for vulnerable road users and improving the flow of bus traffic.

“Our temporary emergency ‘Streetspace’ measures are vital to help support both walking and the huge increase in cycling we’ve seen since the pandemic began, reduce the risk of a damaging car-based recovery and enable social distancing and much faster journeys on public transport, reducing the risk of infection.

“We mustn’t get through one public health crisis only to face another caused by congestion and toxic air pollution.”

A TfL spokesperson said: “We are disappointed with the court’s ruling and are seeking to appeal this judgment. Temporary ‘Streetspace’ schemes are enabling safer essential journeys during this exceptionally challenging time and are vital to ensuring that increased car traffic does not threaten London’s recovery from coronavirus.

“We absolutely recognise the need for schemes such as our Bishopsgate corridor to work for the communities they serve and have worked hard to ensure that people across London, including those who use taxis, can continue to get to where they need to be.

“We also recognise the need for schemes to be delivered in a fair and consistent manner and have worked closely with the boroughs to create clear guidance for implementing schemes, updating this regularly to reflect what we have learnt. These schemes will stay in place pending our appeal.”