Anne-Marie Trevelyan said she will soon publish plans how the government will decarbonise heat, buildings and industries 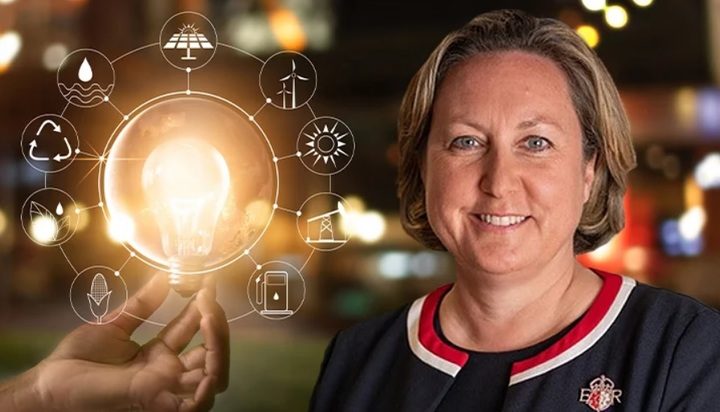 The Energy Minister Anne-Marie Trevelyan has unveiled a set of priorities for the next two years, a period during which she expects to see ‘significant progress’ on the government’s Energy White Paper.

Speaking at DAVOS Energy Week she confirmed offshore wind and other renewable energy technologies are at the very top of her priority list.

The Minister said she will introduce new legislation, including measures to enable competitive bidding in the building, ownership and operation of the onshore electricity network.

In the next few months, she will also publish plans for the decarbonisation of heat, buildings and industry.

That will follow the publication of the government’s overall strategy to deliver net zero emissions by 2050 ahead of the COP26 in Glasgow later this year.

The Minister also spoke about encouraging more consumers to search for the best energy deals and making it easier to switch providers, as well as continuing to invest heavily in measures to tackle fuel poverty.

She said she will also work with Ofgem to ensure consumers continue receiving a fair deal on their energy bills, including taking further steps to prevent consumers who have stayed with their energy provider for years from facing a loyalty penalty.

Energy Minister Anne-Marie Trevelyan said: “This is such an important year for the UK, both with our COP26 Presidency and having set the Energy White Paper in place, to work with all those who want to be part of this extraordinary Net Zero revolution that we are determined to achieve.

“Ahead of COP26 we will be publishing our Net Zero Strategy which will bring forward a comprehensive plan across all sectors for transitioning to a net zero economy and really making the most of new growth and employment opportunities across the UK.”