Wales sets out plan to become ‘fly-tipping and litter-free’ 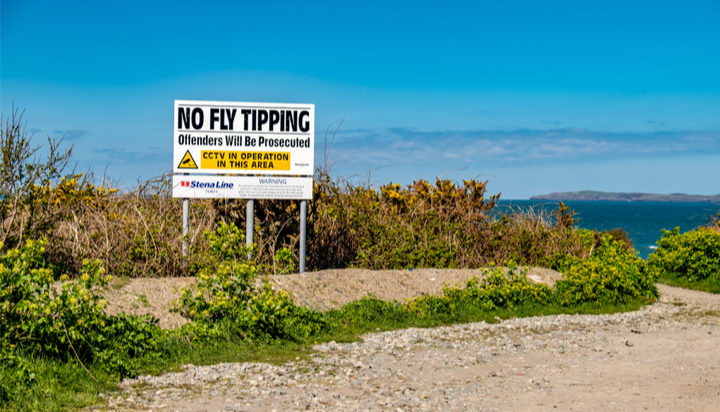 No Tipping warning sign next to the Welsh coastline. Image: Lukassek/Shutterstock

The Welsh Government is calling on the public to ensure everyone plays their part in eliminating litter and fly-tipping across the country.

It has outlined a new plan to crack down on the issue and make Wales a fly-tipping and litter-free country and is also inviting people to submit their ideas on how to tackle the problem.

Some of the actions set out include incentivising businesses to produce more environmentally-friendly packaging, introducing a deposit return scheme to help cut down on the littering of drinks containers and improving the monitoring and reporting of incidents of fly-tipping on both public and private land.

In addition, the government also plans to launch a national anti-litter awareness raising campaign and review current enforcement arrangements for litter and fly-tipping, potentially increasing penalties if needed, including exploring how Wales could introduce legislation to crack down on littering from moving vehicles.

The government is consulting on its plans and seeking views until 25th March 2021.

Lesley Griffiths, Minister for Environment, Energy and Rural Affairs said: “There are no excuses for littering and fly-tipping. I want to see an end to these antisocial behaviours which are a blight on our streets, beaches and countryside, with the cost of clearing often borne by the public.

“As well as being unsightly and spoiling our enjoyment of our towns and countryside, litter – particularly plastic litter and fly-tipping –impacts our health and well-being, and threatens Wales’ wildlife and habitats alike, risking their loss not just for future generations but for those alive in Wales today.

“The goals set out within the plan are far-sighted ambitions, and enforcement will play a key role – but enforcement alone isn’t enough to tackle these issues and we will need everyone to play their part at every level of production, use and disposal to not only reduce litter but to stop items from becoming litter in the first place.”