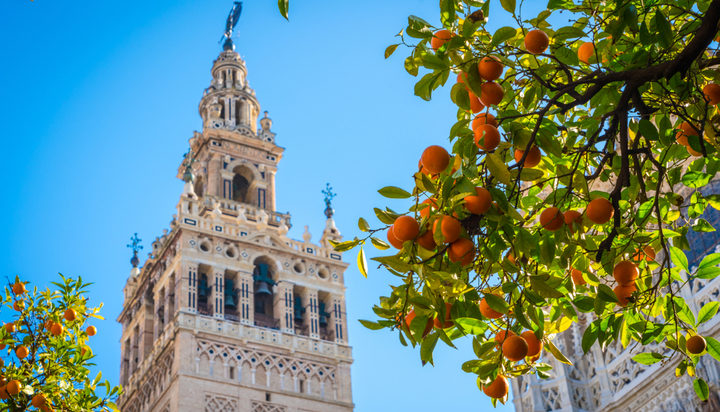 They say a day without orange juice is like a day without sunshine. But what if an orangeless regime is leading to blackouts as well?

A water supply and sanitation company in Seville, Emanesa, has developed a pilot project to use the juice of bitter oranges from the streets of the city to produce clean energy.

The pilot project aims to generate electricity through biogas for the self-supply of the company’s water treatment plant.

The plan is that there is not a single bit of these oranges that goes to the bin – nearly 50% juice and 50% peel are extracted from the orange.

Parts of the oranges that cannot be used are converted into compost and are used in the fields of the region.

The company estimates each tonne of orange can give approximately 500 litres of juice and 500 kilograms of peel – around 1,000 kilograms are needed to produce the equivalent of the consumption of five homes in one day.

The company aims to use bitter orange production of the city for the generation of clean energy and for other facilities in the future.

According to figures from the local authority, the city, which is claimed to be the European city with the most orange trees, is home to around 50,000 orange trees.

The city is forecast to harvest 5.7 million kilograms this year, after an increase in yield of 37.5% compared to last season.