Bristol Water workers on strike due to ‘pay freeze’

The company has offered a 1.5% pay rise 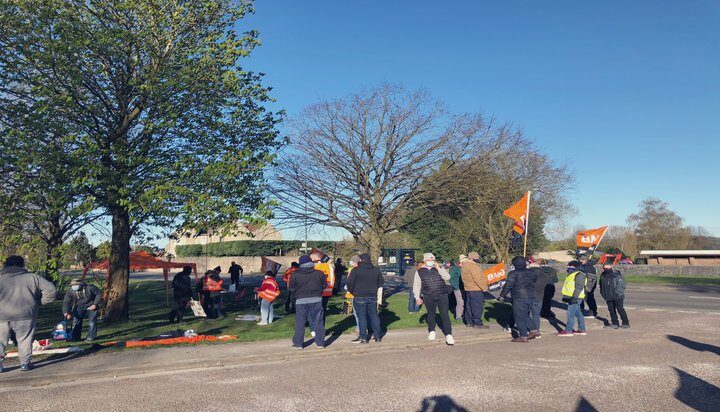 GMB members of Bristol Water are on strike today in a dispute over pay.

According to the GMB Union, the company has imposed a ‘pay freeze’ with no plans to increase pension contributions.

Tim Northover, GMB Regional Organiser, said: “This is just an insult and our members are fed up with being treated the worst of all the UK’s water workers. They have pushed them too far this time.”

“We have challenged the Chief Executive Officer on his position and behaviour and his response was to withdraw from talks altogether which shows a total lack of accountability.

Laura Flowerdew, Chief Finance Officer at Bristol Water, said: “We are of course disappointed that members of the GMB have decided to strike.

“We’ve offered a 1.5% pay rise which is higher than inflation for last year and this year (2021/22) combined. We also included a £500 non-consolidated payment for all staff.

“The £500 to all employees is to compensate for last year’s pay freeze and to recognise the incredible work gone in over the last year.

“Last year was very difficult financially which meant we had to make difficult decisions, with a number of redundancies. We’ve kept customers’ bills low, with the average bill being lower now than they were in 2010. Our teams are also working to ensure any customer impact due to the strike is kept to a minimum.”