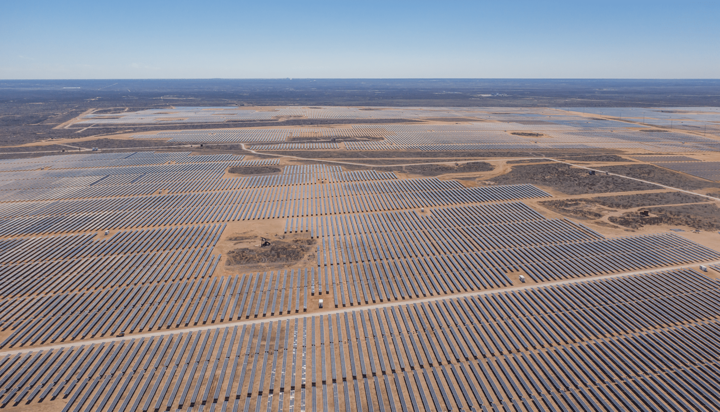 Owned by Ørsted and built at a site with existing oil and gas installations, the plant occupies 3,600 acres of land.

The project, which is designed to support West Texas’ grid, has 1.3 million solar panels that are predicted to generate enough energy to power more than 80,000 households.

Neil O’Donovan, Chief Operations Officer of Ørsted’s Onshore Business, said: “Permian Energy Center is a significant milestone for Ørsted, making it the first developer to own the full spectrum of new renewable energy technologies at utility-scale in the US – onshore and offshore wind, solar PV and storage.”