Eat veggie Cornish pasties to save the planet! 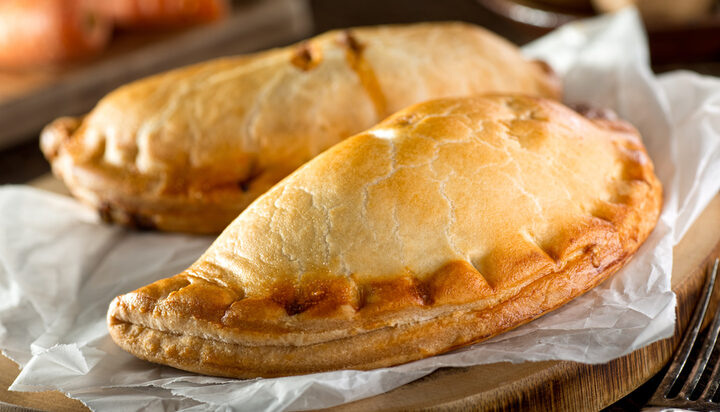 Will the G7 leaders tuck into the Cornish Pasty this weekend? Not if they know to make one produces 1.5 to 2kilograms of carbon dioxide emissions.

Cornish pasties have been put under the microscope of University of Exeter scientists who measured the carbon footprint of the signature South West treat.

The team has developed a tool, named Carbon and Low Impact Pasty that measures the carbon dioxide emissions of the ingredients that make up a Cornish pasty as well as the related carbon of its transportation, freezing and the energy and water used to make it.

Researchers found each Cornish pasty releases around 1.5 to 2 kilograms of carbon.

Their analysis concluded that carbon footprint can be halved if the traditional beef filling is replaced with a vegan or vegetarian alternative.

The research also showed the origin of beef can contribute to the pastry’s carbon footprint with Brazilian beef being 10% more carbon-intensive than European beef due to factors including the potential for deforestation.

Freezing is also a significant factor, with a pasty frozen for six months having a 20% higher carbon footprint than one frozen for a week, researchers suggest.

Domestic or overseas transportation also contributes to the total carbon of a typical Cornish pasty – a long haul journey of around 2,000 kilometres can see its carbon dioxide emissions rise up to 6%.

Dr Xiaoyu Yan, Senior Lecturer in Energy and Environment at the University of Exeter, said: “Usually what people see in the news is about the carbon in raw ingredients really but there’s very little out there for processed food like a pasty or even a pizza or other types of ready-made foods.

“It’s quite difficult to get a number because you need to know exactly what’s in there and how it’s produced and how they’re transported and stored.

“That’s why we want to look at such a product to help people to understand the complexity of the processed food we’re dealing with today.”