Canada’s General Fusion has signed an agreement with the UK Atomic Energy Authority to develop and operate its fusion demonstration plant at the Culham Campus, home to the UK’s national fusion research programme 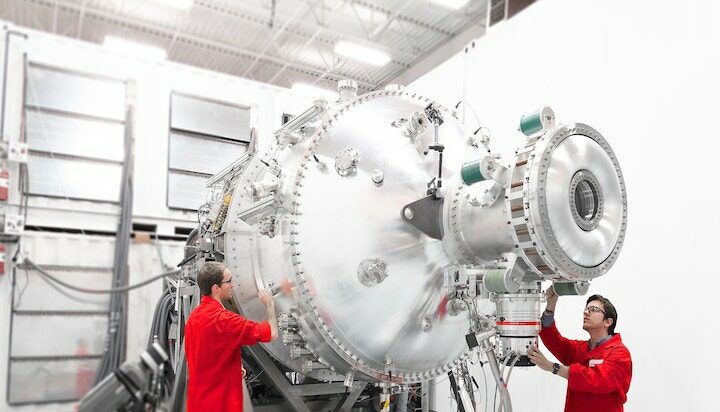 A nuclear fusion start-up, backed by Amazon’s Jeff Bezos, has announced plans to build its first demonstration power plant in the UK.

Canada’s General Fusion has signed an agreement with the UK Atomic Energy Authority (UKAEA) to develop and operate its fusion demonstration plant (FDP) at UKAEA’s Culham Campus, which is home to the UK’s national fusion research programme.

The FDP will demonstrate the company’s proprietary Magnetised Target Fusion (MTF) technology, paving the way for its commercial pilot plant.

Fusion is the process by which the Sun generates energy and harnessing it on Earth is seen as critical towards greener nuclear power.

Amanda Solloway, Science Minister for the UK Government said: “This new plant by General Fusion is a huge boost for our plans to develop a fusion industry in the UK and I’m thrilled that Culham will be home to such a cutting-edge and potentially transformative project.

“Fusion energy has great potential as a source of limitless, low carbon energy and today’s announcement is a clear vote of confidence in the region and the UK’s status as a global science superpower.”

Construction of the plant is expected to start in 2022, with operations beginning around three years later.

Christofer Mowry, CEO of General Fusion added: “Coming to Culham gives us the opportunity to benefit from UKAEA’s expertise.

“By locating at this campus, General Fusion expands our market presence beyond North America into Europe, broadening our global network of government, institutional and industrial partners. This is incredibly exciting news for not only General Fusion but also the global effort to develop practical fusion energy.”