Royal Dutch Shell has launched the project at its German refinery 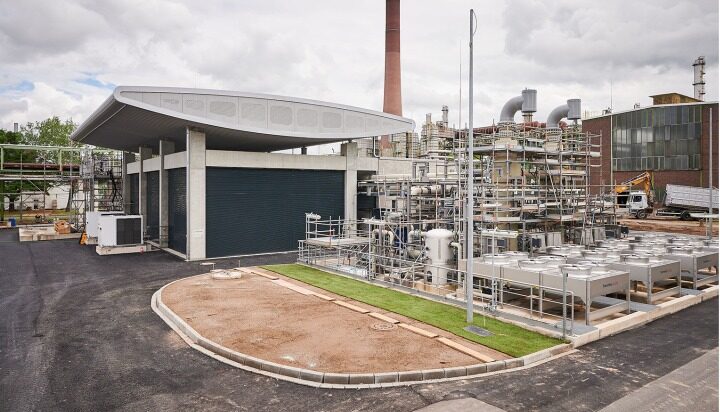 PEM electrolysers were initially introduced to tackle issues such as low current density and low pressure operation, which are often seen on conventional alkaline electrolysers.

Some scientists also claim that PEM electrolysers require less energy for their operations.

The 10MW project, which is claimed to be Europe’s largest facility of its kind, is designed to use renewable electricity to produce up to 1,300 tonnes of green hydrogen a year.

The hydrogen will then be used to produce low carbon fuels for transport and will help decarbonise other sectors.

Built at the Shell’s Rheinland refinery, the plant is backed by a European consortium, including the British manufacturer ITM Power.

The European Commission has offered a share of the electrolyser’s funding.

Plans to expand the project’s capacity to 100MW are already under way.

Armin Laschet, North Rhine-Westphalia’s Minister-President, said: “With the commissioning of the largest PEM electrolysis plant in Europe, we are further expanding our leading role in this field. We are therefore laying the foundation for a modern and green industry, with highly skilled jobs.”

Shell’s Downstream Director Huibert Vigeveno commented: “This project demonstrates a new kind of energy future and a model of lower-carbon energy production that can be replicated worldwide.”