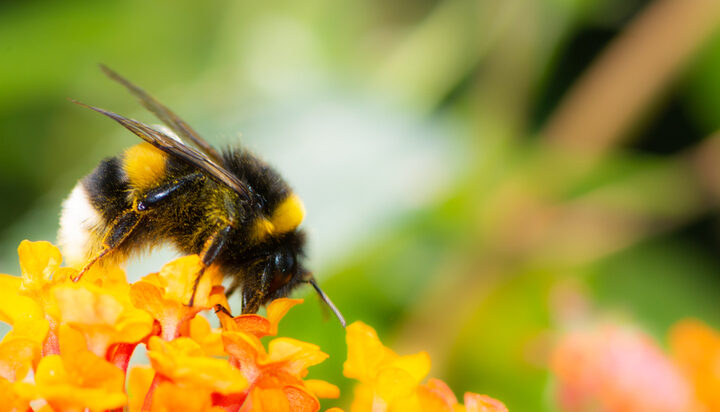 The way the UK solar parks are managed could play a significant role in the bumble bee numbers attracted by the projects and their neighbouring areas.

That’s one of the findings of a new report by Lancaster University which investigated various solar park management scenarios that offered different degrees of resources for bumble bees.

Researchers found four times as many bees in solar parks managed as wildflower meadows than in those based on turf grass.

The research also shows that rich in natural resources solar parks could boost bumble bee density up to one kilometre away from the park, bringing benefits to crops in surrounding arable land.

The research aims to provide solar park owners and managers with evidence that providing floral and nesting resources for bumble bees could be effective.

Hollie Blaydes, a PhD researcher at Lancaster University, said: “Our findings provide the first quantitative evidence that solar parks could be used as a conservation tool to support and boost pollinator populations.

“If they are managed in a way that provides resources, solar parks could become valuable bumble bee habitat.

“In the UK, pollinator habitat has been established on some solar parks, but there is currently little understanding of the effectiveness of these interventions.”