Korea Floating Wind, a joint venture between Ocean Winds and Aker Offshore Wind, has obtained the Electric Business Licence for a capacity of 870MW and expects the second to follow for a 450MW capacity 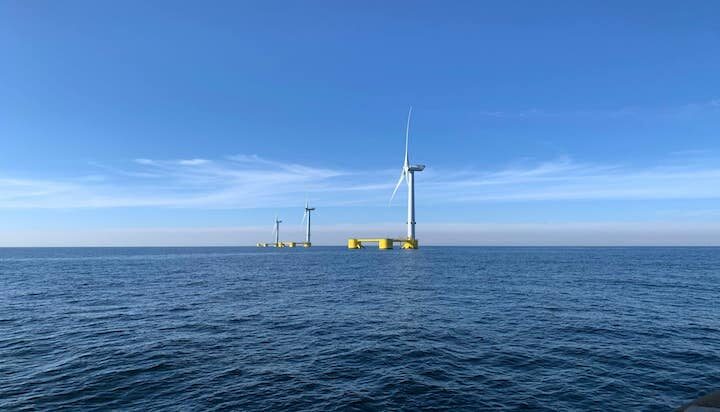 A key permit has been granted for what is claimed will be the largest and first commercial-scale floating wind farm in South Korea.

Korea Floating Wind (KF Wind), a joint venture between Ocean Winds (66.7%) and Aker Offshore Wind (33.3%), has obtained the Electric Business Licence (EBL) from the Ministry of Trade, Industry and Energy of the Republic of Korea for a capacity of 870MW.

The EBL is a mandatory requirement to generate and supply electricity in South Korea .

KF Wind expects the second EBL to follow for a 450MW capacity and continues to mature the project, with the aim of reaching financial close in 2024.

The project supports South Korea’s ambition to generate 20% of its electricity from renewable energy sources by 2030, out of which 12GW would be from offshore wind.

At COP26, the South Korean Government committed to reduce greenhouse gas emissions by at least 40% by 2030, from 2018 levels.

“Thanks to the commitment of our teams and the relationships built within the region, the emission of the EBL represents one step closer to our goal of 1.2 GW projects in Ulsan, powering the equivalent of over 1.3 million households and reducing nearly 3 million tCO2eq greenhouse gas emissions every year. An undeniable breakthrough for Ocean Winds, for KF Wind and for South Korea.”