They will have a total capacity of 86MW and generate enough electricity to power more than 48,000 homes 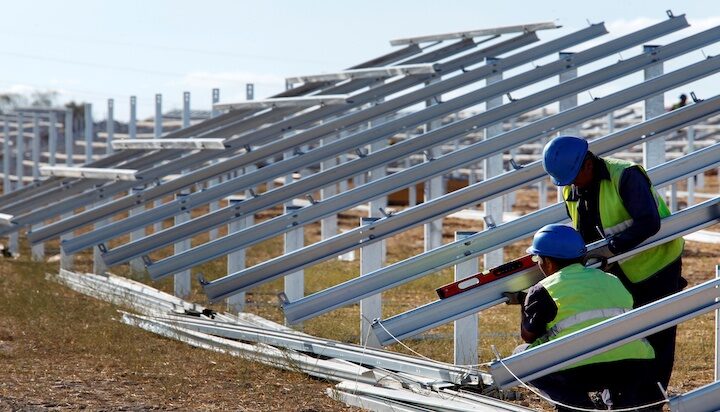 Iberdrola has announced it has started the construction of four solar power plants in Portugal.

Located in the Setubal district, they will have a total capacity of 86MW and once operational, they will generate enough electricity to power more than 48,000 homes and avoid 56,000 tonnes of carbon emissions per year.

The projects include the 27.35MW Algeruz II, 13.51MW Conde, 32.89MW Alcochete and 12.72MW Alcochete II wind farms, with the latter two having bifacial technology, which provides greater efficiency as the panels have two light-sensitive surfaces, enabling the production of electricity from both sides.

A tracking system allows the modules to move along the sun’s path, maximising efficiency and extending the lifetime of the plant, in addition to the bifacial solar cells reducing the average cost of electricity by 16%, according to Iberdrola.

The projects are expected to create around 500 jobs during peak periods.