Plans announced for extension of ULEZ 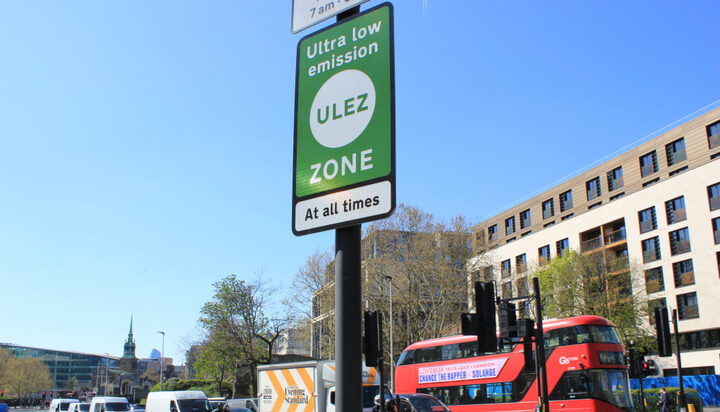 The Mayor of London has unveiled plans to extend the Ultra Low Emission Zone (ULEZ) across the whole of London.

Starting from next year, the scheme will be extended to the edges of Greater London, Sadiq Khan said in a keynote speech at a school in South London.

Currently, drivers of vehicles that do not comply with minimum emission standards are charged a daily fee of £12.50 for entering the ULEZ area.

The Mayor has also asked TfL to explore options on charging motorists per mile depending on how polluting vehicles are, the level of congestion in the area and access to public transport.

It is believed that currently the greatest number of deaths attributable to air pollution are recorded in areas that the existing ULEZ does not cover.

The Mayor of London, Sadiq Khan said: “This is also a matter of social justice – with air pollution hitting the poorest communities the hardest. Nearly half of Londoners don’t own a car, but they are disproportionally feeling the damaging consequences polluting vehicles are causing.

“If no additional action is taken to reduce air pollution beyond the existing polices, around 550,000 Londoners would develop diseases attributable to air pollution over the next 30 years and the cumulative cost to the NHS and the social care system is estimated to be £10.4 billion.”

According to official data, polluted air by traffic is leading to nearly 4,000 premature deaths a year in London.