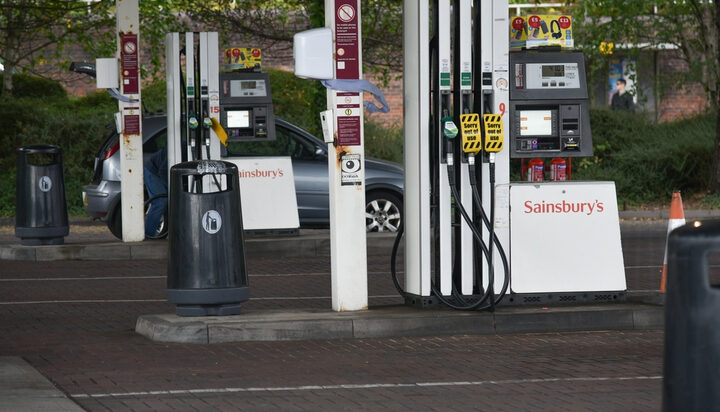 Just a few hours after Chancellor‘s Spring Statement, which included a 5p fuel duty cut, major supermarket chains announced a cut in the price of fuel at their own petrol stations.

According to the latest figures published by the RAC, the cost to fill up a petrol car was nearly £92 and a diesel vehicle at almost £100.

Sainsbury’s has confirmed it will pass on the price reduction to its customers, cutting the price of a litre by 6p which included a 1p reduction in VAT.

Drivers will be able to fill up their tanks with the lower-priced fuel across all of Sainsbury’s forecourts from today.

Simon Roberts, Chief Executive Officer at Sainsbury’s, said: “We understand that the cost of living is a real challenge for many households and we are committed to helping our customers as much as we can.

“We welcome the Chancellor’s announcement today which will save motorists money and we are passing the cut to fuel duty to our customers at the pumps across every single one of our 315 forecourts.”

The RAC has warned over a “very real risk” that could see retailers absorbing some or all of the duty cut themselves by not lowering their prices.

The automotive services company said: “If this proves to be the case it will be dire for drivers. It also wouldn’t be totally unexpected based on the biggest retailers not reducing their prices late last year when the oil price fell sharply.

“Temporarily reducing VAT would have been a more progressive way of helping drivers as the tax is applied at the point the fuel is sold.

“It’s also the case that the Treasury is benefitting hugely from the high fuel prices because of greater VAT revenue. The Chancellor is currently getting 28p a litre VAT on petrol and 30p on diesel – this, of course, comes on top of fuel duty as VAT is a tax on a tax.”