UN: ‘Droughts increase nearly a third in a generation’ 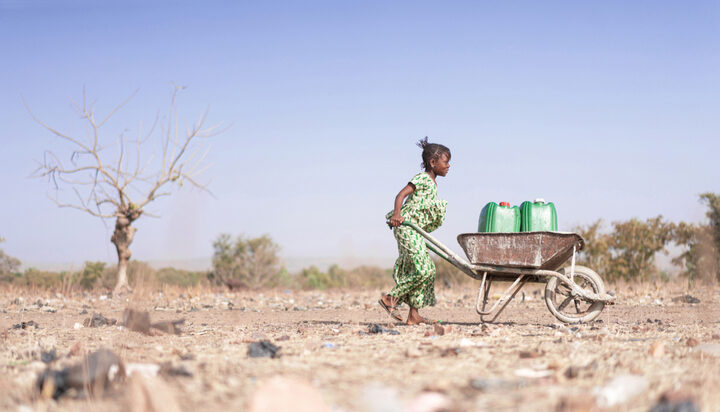 Droughts have increased by 29% since the year 2000, in what is being described as a “crossroads” for humanity by the Head of the UN Convention to Combat Desertification (UNCCD).

In its latest report, the UNCCD has revealed that from 1970 to 2019, weather, climate and water hazards accounted for half the world’s disasters and 45% of disaster-related deaths.

The majority of these were in developing countries, with approximately 650,000 deaths due to drought during these 49 years.

If temperature rises are not curbed, the UN predicts that 700 million will be at risk of being displaced by drought by 2030, with this hitting 5.7 billion by 2050.

This is not just exclusive to the wellbeing of humanity but also has a devastating economic impact, with droughts between 1998 and 2017 costing $124 billion (£101.7bn) alone.

The report is calling on the world to improve drought support, resilience and preparation – as developing countries struggle financially to mitigate these impacts.

This year, the UN has revealed that more than 2.3 billion people have faced water stress and 160 million children have been exposed to severe drought.

Women are also one of the most heavily impacted groups by this water deficiency, with the UNCCD revealing that 72% are given the responsibility to collect water, which given the baking sun can consume up to 40% of their calorific intake per day.

Ecologically, plants affected by drought has doubled in the last four decades, with 12 million hectares of land now lost annually to sweltering heat.

The UNCCD has warned that should drought rates continue, 16% of the Amazon rainforest will be burned by 2050.

Head of the UNCCD, Ibrahim Thiaw, offers a solution to the damning report: “One of the best, most comprehensive solutions is land restoration, which addresses many of the underlying factors of degraded water cycles and the loss of soil fertility.

“We must build and rebuild our landscapes better, mimicking nature wherever possible and creating functional ecological systems.”