Business Secretary: “We will not be blackmailed by dictators with their hands on the gas taps” 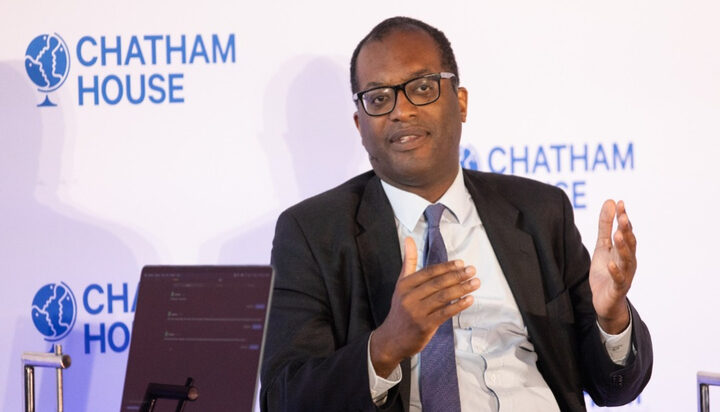 The government has reiterated its firm stance against Russia amid reduced gas flows to Europe through the Nord Stream pipeline.

Delivering a speech at the Chatham House Second Century London Conference, the Business Secretary talked about the UK’s preparedness for the reported winter energy crunch.

“We cannot – and will not – be blackmailed by dictators with their hands on the gas taps.”

Mr Kwarteng said despite the diversity of energy supply “we must be prepared for any scenario – however extreme”.

He added: “Like many others in Europe, I’ve also requested to extend the life of our coal-fired power stations for extra supply for this winter.

“But we cannot escape the fact that as geopolitics has changed – so must we. And that’s why we are exploring domestic gas storage options carefully.”

The Business Secretary said he expected a report from the British Geological Survey to consider the next steps around shale gas extraction in England.

He said: “We have always been clear that shale gas could be part of our future energy mix, but we need to be led by the science and above all we need to have the support, the ongoing support of local communities.”