The incident at Isar 2 nuclear plant in Germany did not pose a threat to safety, according to the operator 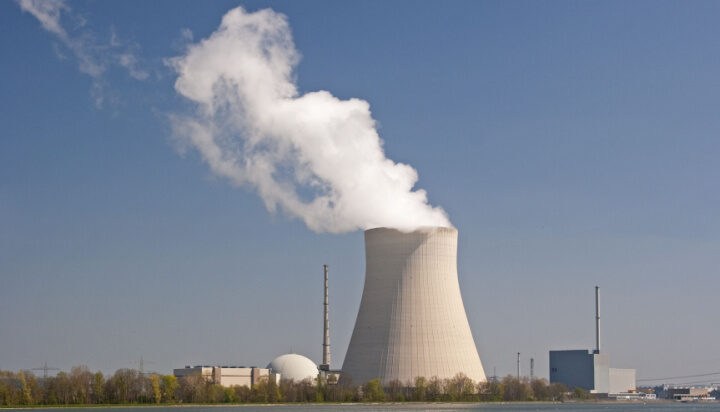 A leak has been reported at Germany‘s Isar 2 nuclear plant, an incident that will force the power station to shut down amid the energy crisis.

The Federal Environment Ministry said it had been informed by the operator about an “internal valve leak”.

Following the incident which did not compromise safety, the nuclear plant will close for a week, according to PreussenElektra, a subsidiary of E.ON.

In its statement, PreussenElektra said: “During this brief shutdown, non-safety-relevant repairs and some routine inspections would be carried out. This work would include repairs to eliminate internal leakage on pilot valves of the pressuriser safety valves.

“Such leakage occurs during normal operation and is intentional. The steam flow is discharged in a controlled manner, monitored and, if necessary, remedial measures are taken to reduce the flow. If specific limit values were reached, the power plant would have to be shut down for the repairs.

“This is currently not the case, which is why the repair work only needs to be carried out if the operation of KKI 2 continues.”

Germany’s Environment Ministry has said that the closure of the power station could make the government’s winter energy plan more complicated.

Situated in the southern state of Bavaria, Isar 2 was planned to go offline in three months as part of the country’s plan to phase out nuclear.

However, a few days ago, officials confirmed that the 1.4GW nuclear power plant and 1.3GW Neckarwestheim 2 would be activated in the event of severe energy supply bottlenecks this winter.