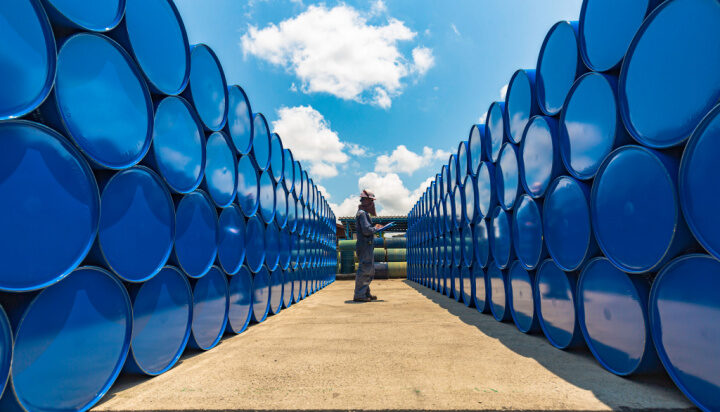 In response to the announcement, President Biden unveiled a plan to order more oil released from the Strategic Petroleum Reserve.

In a statement, the administration said: “The Department of Energy will deliver another ten million barrels from the Strategic Petroleum Reserve to the market next month, continuing the historic releases the President ordered in March.”

Joe Biden has also called on energy companies to “keep bringing pump prices down by closing the historically large gap between wholesale and retail gas prices“.

Walid Koudmani, Chief Market Analyst at financial brokerage XTB, commented: “WTI crude futures are trading around $88 (£77.8) per barrel on Thursday after gaining more than 10% this week as OPEC+ agreed to cut output by two million barrels per day, the biggest output cut since the start of the pandemic.

“While some may have seen this coming, the decision has sparked an upward move for the price which led to it breaking above an important resistance area around $87.60 (£77.4).”

Jamie Maddock, Equity Research Analyst at Quilter Cheviot, said: “OPEC’s decision to cut production by 2 million barrels per day is likely to have consequences, even as some members of the cartel struggle to hit their current targets.

“We are currently witnessing a globally coordinated strategic oil reserve release, predominantly from the US, that aims to push the price of oil down and help consumers at a time when inflation has surged and the cost of living has intensified.

“This is ongoing, but this new cut in supply could mean that the benefits of this programme are negated if this move is fully implemented.”