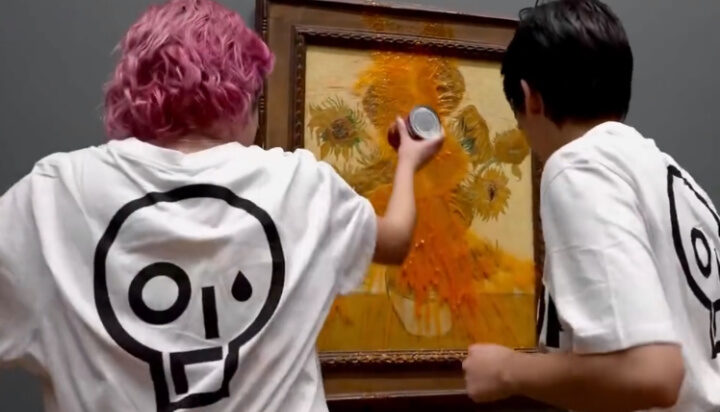 The group behind some of the most disruptive protests in the last couple of weeks has allegedly received a $1.1 million (£970,000) grant from a fund founded by the granddaughter of an oil tycoon.

In recent weeks, Just Stop Oil members glued themselves to main streets in London and covered Van Gogh’s “Sunflowers” with tomato soup in the National Gallery to raise awareness over climate change and the impact of increased investment in fossil fuels.

Jean Paul Getty founded the Getty Oil Company in 1942 and was named the world’s richest man with a dynasty worth £4 billion.

Ms Getty told The Sunday Times: “I would be a climate activist today whether or not my family had been involved in the oil industry.”

Getty gives money to the CEF and the fund donates them to climate activists – she said: “disruptive climate activism is, I would argue, the single most underfunded area in philanthropy and a tremendous opportunity.”

The money received by the CEF could reportedly be supporting climate protests as those seen recently.

A Just Stop Oil spokesperson told ELN: “Some Just Stop Oil supporters who organise, give talks or trainings may receive a small income – there is no financial support to take part in actions.”