Mancunians to brace for shale gas?

Mancunians may well be bracing themselves for a fracking storm – as shale gas drilling is set to head to Greater Manchester. Oil and gas drilling firm IGas has confirmed […] 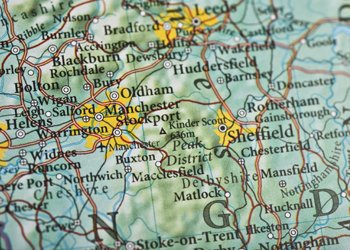 Mancunians may well be bracing themselves for a fracking storm – as shale gas drilling is set to head to Greater Manchester.

Oil and gas drilling firm IGas has confirmed plans to test for shale gas reserves on a plot of land next door to the airport at Barton Aerodrome.

Their site by Tunnel Farm in Eccles also neighbours the M62 motorway and a railway line.

John Blaymires, Chief Operating Officer at IGas was at pains to stress there will be no fracking at the site yet as the firm “does not yet have planning permission to undertake any flow tests or hydraulic fracturing.”

The aim is to check whether there is any oil or gas at the site in Barton, he added in a statement: “We will drill a vertical exploration well at the site to take a number of samples which will enable us to analyse what is beneath the surface and identify the resource potential in the underlying rock formations.”

The oil man clearly wished to avoid the scenes of local panic in evidence at Balcombe in Sussex in recent weeks at the site of fellow drilling firm Cuadrilla’s test site.

Mr Blaymires went on: “If IGas decides to seek planning permission for further work at the site in future, then the local community will be the first to know and another comprehensive consultation will be carried out.”