A Cancun climate deal would be good for nuclear, says Hendry

Energy Minister Charles Hendry today said that a successful global climate deal in Cancun next week “would be good for the nuclear industry, at home and abroad”. Speaking at a […] 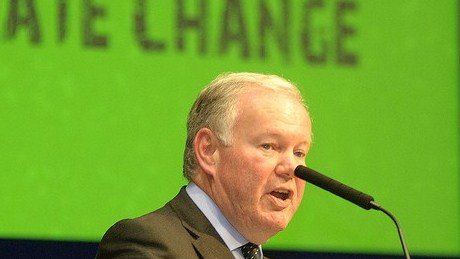 Energy Minister Charles Hendry today said that a successful global climate deal in Cancun next week “would be good for the nuclear industry, at home and abroad”.

Speaking at a nuclear forum in London, he said businesses “are crying out for governments to join together and show real leadership” and this involved “a more sustainable future for the world as a whole”.

“Progress towards a global deal to reduce emissions makes investment in new nuclear and other low carbon energy sources more attractive,” he stressed.

Mr Hendry highlighted global developments in nuclear new build and the importance of electricity market reform in attracting nuclear investment to the UK.

“Decarbonising electricity will mean that across the world governments will increasingly look at nuclear as an option – we are making serious progress tearing down the barriers to investment here in the UK but we’re competing in a global market.

“We could see almost three hundred new reactors built globally up to 2030, and over a thousand between 2030 and 2050 – that’s why we’ve got to get market reform right, and that’s why I want to engage with the people in this room as fully and as thoroughly as possible early in the New Year.”

He said DECC was taking a number of actions aimed at reducing regulatory and planning risks for investors.

“We’re finalising arrangements to ensure that new nuclear operators set aside sufficient money from day one to pay for waste and decommissioning.

“We are continuing to ensure that the regulators have the ability to maintain the level of resource needed to deliver a meaningful end to Generic Design Assessment of new nuclear reactor designs in June 2011.

“And we are also pressing ahead to finalise proposals on reforming the nuclear regulatory framework.” This final point, he said, would include the creation of a new Office for Nuclear Regulation.