All of the UK’s nuclear power stations have started ‘stress tests’ as part of a Europe wide review of safety in light of the Fukushima accident. Following flooding of the […] 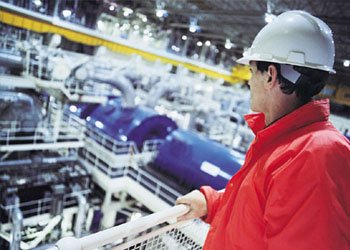 All of the UK’s nuclear power stations have started ‘stress tests’ as part of a Europe wide review of safety in light of the Fukushima accident. Following flooding of the Japanese plant, every nuclear power generating country in Europe agreed to undertake relevant tests to see how their stations would cope with extreme natural events, such as earthquakes, storms and tsunami.

The UK’s nuclear watchdog the Office for Nuclear Regulation, (ONR) is charged with independently reviewing the results of the tests.

John Donald of the ONR said: “The UK progress report has been sent to Europe this morning. It confirms that ‘stress tests’ have been initiated at all UK nuclear power stations, as required. To date, none of the stress test work by the licensees, or other work and reviews undertaken in the UK, has indicated any fundamental weaknesses in design and resilience at UK nuclear power plants.”

Progress reports were required by today, to confirm that licensees of nuclear power stations had started the tests and that they were on schedule to complete them by 31 October.

Meanwhile Dr Mike Weightman, the UK’s chief nuclear inspector is writing a separate report on lessons learnt from Fukushima for the UK nuclear industry. He published his interim findings on 18 May, concluding there was no need to curtail the operation of nuclear plants in the UK, but that lessons should be learnt. His final report will be delivered to Energy Secretary Chris Huhne later this month.