The Government’s red tape challenge for the energy sector got off to a shaky start when an official admitted the CRC can’t be scrapped under its remit. Dr Jeanie Cruickshank, […] 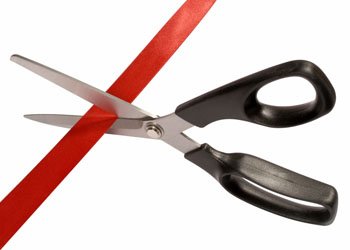 The Government’s red tape challenge for the energy sector got off to a shaky start when an official admitted the CRC can’t be scrapped under its remit.

She admitted scrapping the unpopular scheme wouldn’t be possible in the challenge.

She said: “The challenge is not looking at independent regulators like Ofgem and the other thing that’s not in our scope is tax and spend measures because that comes under revenues and customs or Treasury. And that’s not part of this process.

“I can just hear you all say, all the stuff we really want to talk about is tax and spend measures, so why are we here?

“We recognise that, so irrespective of the formal scope of the exercise, we’re keen to hear your views on everything.”

One of the most controversial measures is the CRC, which started off as an efficiency scheme, but has become a carbon tax. In a survey conducted by npower of 70 major energy users, 57% said it should be scrapped.

So even though the red tape challenge is about cutting unpopular bureaucracy and legislation, it appears whatever the feedback on the CRC, it will remain.

When challenged over this loophole, Dr Cruickshank admitted it seemed there was a gap in the system. But a DECC spokesman later told ELN: “Government have committed to simplifying the CRC in order to reduce the burden on participants and to make compliance easier.

“If we are going to tackle climate change, we must work with industry to reduce our emissions. It’s vital we make sure our regulations are supporting that effort, not undermining it with red tape that is ineffective, burdensome, or unnecessary.”

The red tape challenge for the energy sector formally opens on the 25th November and lasts for six weeks. To get involved go to www.npower.com/redtape

CRC has a lot to prove says EIC