Protest groups have complained that oil and gas developer Chevron has mislead over reports of the recent spill in South America. Chevron had initially claimed the spill was capped, but […] 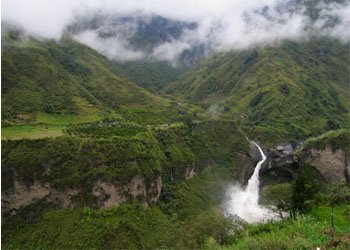 Protest groups have complained that oil and gas developer Chevron has mislead over reports of the recent spill in South America. Chevron had initially claimed the spill was capped, but recent reports have suggested otherwise.

George Buck, Chevron Brazil country manager said: “Chevron takes full responsibility for this incident. We are committed to deploying resources until the sheen can no longer be detected.”

According to the environmental group Greenpeace, satellite pictures obtained by NASA show a spill ten times bigger than Chevron’s estimate of 330 barrels a day. Rio state’s Environmental Secretary Carlos Mink said, “The accident must be bigger than what is being announced. We are going to demand compensation…. The company must be punished in an exemplary manner.”

Pablo Fajardo, an Ecuadorian lawyer responsible for prosecuting Chevron for $18 billion said: “Chevron’s oil disaster in Brazil and apparent cover-up, once again shows that the company has a systemic problem in failing to meet its environmental obligations to the communities where it does business.”

In February 2011, an Ecuadorian judge ruled against Chevron and awarded damages over dumping toxic waste into the water system.