Diesel prices hit a record high this week in a price spike dubbed a “disaster” for the economy by fuel groups, it was revealed today. The average price of diesel […] 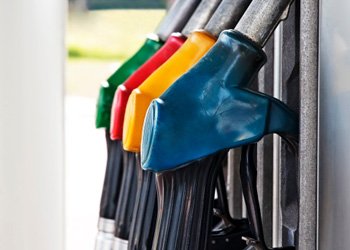 Diesel prices hit a record high this week in a price spike dubbed a “disaster” for the economy by fuel groups, it was revealed today.

The average price of diesel in the UK has overtaken the record set in May last year, reaching 143.05p per litre.

Driving association the AA believes this price rise has been on the cards for a while.

Edmund King, the AA’s president said: “A stronger pound has staved off this moment for longer than might have been expected, but diesel drivers across the country will have been watching in trepidation. They hoped that below-record prices would hold until the spring, when winter price pressures on diesel traditionally ease.”

Unfortunately for drivers this trend has not been fulfilled and it spells “disaster” for the economy, says campaign group FairFuelUK.

Peter Carroll, founder of FairFuelUK told ELN: “It’s a disaster for the economy because the country desperately needs to spend less [on fuel] for its growth.”

He criticised a lacklustre response to price rises from Downing Street and the Treasury, claiming the Government is “sitting on its hands” instead of cutting fuel duty.

The Treasury claims it is acting to stem the damage from price rises and “has listened to genuine concerns from motorists”.

A spokesperson said: “At the Autumn Statement, the Government took more action to help households with motoring costs by freezing fuel duty until August and scrapping a second planned rise altogether. This came after our decision to cut fuel duty at Budget 2011 by 1p, abolish the fuel duty escalator and replace it with a fair fuel stabiliser.”

Fuel suppliers also defend their prices, with Graham van’t Hoff, Shell UK’s chairman stating in the past:“Well over 90% [of the cost] is made up of tax, duty and the price of the oil itself. Shell makes pennies per litre at the pump.”

But campaigners are also worried by a lack of transparency in wholesale and retail fuel markets.

Mr Carroll added: “Why has diesel gone up if every economy is on [their] knees? There’s a speculative hand in this and it’s deplorable. Government should do more to stop it.”

The concern is echoed by the AA, which has written to the Chancellor calling for an investigation of the oil, refining, fuel product and retail markets to ensure UK families and business are protected fromover-inflated prices and supply difficulties.