The UK Government must work towards a “more focused” low carbon trade strategy with China for green businesses and technologies to prosper, MPs warned. The Energy and Climate Change Committee […] 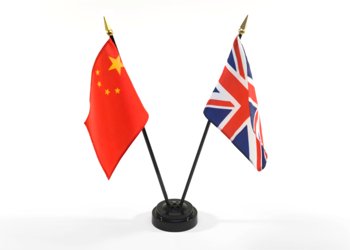 The UK Government must work towards a “more focused” low carbon trade strategy with China for green businesses and technologies to prosper, MPs warned.

The Energy and Climate Change Committee in its new report said China’s market for low carbon technology is currently worth around £430billion, which is set to grow following its ambitious 12th Five Year Plan. It includes reducing carbon intensity of its economy, boosting green energy, drafting a new climate law and introducing carbon trading.

Britain could have huge opportunities with the Chinese market set to grow but MPs warned the UK Government’s current approach to China lacks strategic direction.

Tim Yeo MP, Chairman of the Committee said: “British firms could benefit enormously as China invests in carbon capture and storage and wind, wave and tidal power, but the Government needs to do more to help them gain access to these huge potential markets.”

He added the UK’s reputation was in danger of becoming “more talk than action” when it came to climate change. He suggested: “If we want to convince the Chinese that they should be doing business with us in this area, then we will need to strengthen our brand.”

DECC said it was giving China the attention it deserved.

A spokesperson said: “China deserves – and is receiving – our attention as we seek global agreement to additional GHG emissions reductions and develop new markets for UK companies.

“We are determined to help create a cost-competitive carbon capture and storage industry in the 2020s. We have set out plans for a major expansion in offshore wind and given certainty to investors across the renewables sector.”