A think-tank has blasted claims wind power is inefficient or unreliable as “untrue”. The left-leaning Independent Public Policy Research centre (IPPR) sets out research which suggests wind power is an […] 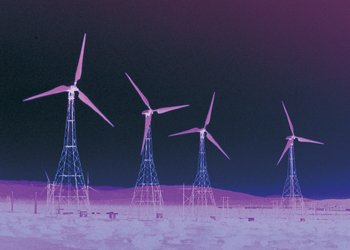 A think-tank has blasted claims wind power is inefficient or unreliable as “untrue”.

The IPPR report counters the idea wind is unreliable, stating wind power output is “remarkably stable and increases and decreases only very slowly” in the short term. It says risks associated with “long, cold, calm spells” have been overstated.

Called “Beyond the Bluster: Why wind power is an effective technology” the report – produced along with renewable energy consultancy GL Garrad Hassan – also states carbon dioxide (CO2) emissions were cut by at least 5.5 million tonnes in Great Britain in 2011.

Co-author of the report, Reg Platt of the IPPR said: “This report shows unequivocally that wind power is reliable, poses no threat to energy security and is technically capable of providing a significant proportion of the UK’s electricity supply with minimal impact of the existing operation of the grid. Claims to the contrary are not supported by the evidence.”

Orchestrator of the MPs’ letter to the Prime Minister, MP Chris Heaton-Harris took a swipe at the report on Twitter yesterday afternoon, suggesting it was “bought and paid for, but by whom?”

Co-author of the report Reg Platt fended off the criticism, replying on the social networking site that “no-one has paid for” it, saying it was independently peer reviewed: “do you have any problems with the substance of the report?”