The jury’s out on whether fewer tariffs will boost competition, as a clash of views on opposite sides of the argument yesterday has revealed. Provisions in the Energy Bill announced […] 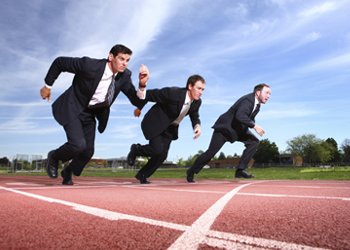 The jury’s out on whether fewer tariffs will boost competition, as a clash of views on opposite sides of the argument yesterday has revealed. Provisions in the Energy Bill announced will limit suppliers to offering four key tariffs.

Commentators like Stephen Littlechild claim DECC proposals are “effectively a tax on competition”, as the former energy regulator and fellow at University of Cambridge’s Judge Business School wrote in City A.M. yesterday. He predicted we might see suppliers withdraw their “best” tariff so the cheapest tariff is higher than it was originally.

Academics at the Warwick School for Business are convinced the plan will backfire, as Dr Monica Giulietti stating earlier this month: “If there are fewer tariffs, it makes it easier for companies to check what everybody else is doing, so it will bring pricing closer together.”

This is a similar worry for some Labour MPs – though some seem to be using their concern to stick it to the Prime Minister after his surprise pledge to put everyone on the lowest tariffs.

She went on: “Can he tell the house today that he is only limiting the tariffs to four per company and that there’s no guarantee they’ll be at the lowest because that will be higher than they were before.”

However DECC seems convinced it is doing the right thing by scything the tariffs on offer. At a press briefing yesterday, Energy Minister Greg Barker joked about how things stood until recently: “With over 400 tariffs you’d have to have a PhD in tariff-ology.”

Asked whether setting fewer tariffs to bring in competition was a paradox by ELN, his colleague Ed Davey said: “Is there an inconsistency there? No, having too many tariffs undermines competition.”