UK Power Networks (UKPN) is planning to spend around £7.5 billion between 2015 and 2023 to improve its electricity distribution network. In its draft business plan published today, the operator […] 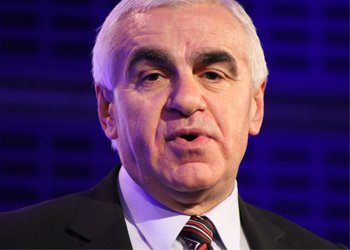 UK Power Networks (UKPN) is planning to spend around £7.5 billion between 2015 and 2023 to improve its electricity distribution network.

In its draft business plan published today, the operator said it aims to continue delivering reliable electricity supplies to its 8.1 million customers across London, the South East and the East of England.

The new plan’s spending is a £0.8 billion increase, compared to its current spending period between 2010-2015. UKPN said the rise is driven by “increased work volumes and by strategic investments” in Central London, East of England wind infrastructure and preparations for the smart meter roll-out.

Chief executive Basil Scarsella (pictured) said: “The next ten years or so will be a time of challenge and change for our networks as we try and balance the different priorities of affordable tariffs, investment in the health and capacity of the network and supporting the UK’s low carbon transition, whilst keeping the public and our employees safe. We must also innovate to use our network more efficiently and prepare for a possible transition to a smart grid.”

UKPN has proposed to invest £3.1billion in the East of England, £2.3billion in London and £2.1billion in the South East. It also plans to invest £210 million in central London to ensure the city continues to compete with other world cities in terms of the reliability of power suppliers and to meet demand for new connections.

The plans are open for public consultation until February.