Big Six firms ‘should auction all their energy’

New, smaller energy firms are chomping at the bit to get access to more of the energy generated by the Big Six. The business director of Co-operative Energy revealed yesterday […] 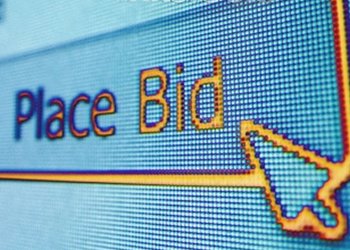 New, smaller energy firms are chomping at the bit to get access to more of the energy generated by the Big Six.

The business director of Co-operative Energy revealed yesterday he was keen on Ofgem’s proposals to force the UK’s biggest suppliers into making their energy available on a wholesale market, in an auction – meaning his firm had more chance to buy it.

The Co-op recently grabbed headlines by bringing in a 2% cut in tariffs in the same week as two Big Six suppliers hiked their own. Now it clearly wants to take a bigger slice of the retail energy pie: currently the Big Six suppliers have roughly 99% of retail customers.

Nigel Mason at Co-operative Energy, which was set up in 2010 and now has 80,000 customers told the Fair Energy Summit in London: “We should require the Big Six to sell all their electricity on the wholesale market.”

Mr Mason also suggested there should be a limit to how much larger suppliers ‘self-supply’ – effectively, give themselves energy. The idea was echoed by Reg Platt of the IPPR thinktank, another speaker at the conference, who said: “Restricting self-supply is something the Government really should consider.”

This is something Ofgem is currently consulting on in an effort to boost wholesale market liquidity. Smaller suppliers would argue in favour of this because it would let them buy more energy months in advance, which they complain is difficult at the moment because generators do not offer energy on a market.

Co-operative Energy’s demand will ramp up pressure on the Government which wants to be seen as pushing the electricity sector towards more openness and liquidity. The power market was scandalised last month when it was alleged gas prices were being fixed, prompting Energy Secretary Ed Davey to look into the matter.

Mr Mason also bemoaned the “herd behaviour” which sees a minority of people switching tariffs. He said: “Unfortunately the vast majority of consumers are not bothering to shop around.”

However one of the big guns at the conference, Mr fellow panellist Phil Bentley who is managing director of British Gas hit back, saying there should be a “level playing field of costs” because smaller suppliers don’t have to pay for schemes like ECO, an energy efficiency scheme which helps vulnerable customers.